Where: Highline Ballroom, Manhattan
When: 11/7/2013
Highlight: Technology brings the Jam Band into the 21st Century.

The Meatpacking District in Manattan is known for fancy boutiques, dining, and nightclubs that cater to fashionable patrons who walk the cobblestone streets in high heels and expensive suits. But one night in early November it was invaded by a crowd of tie-dye wearing college students coming to see the future of jamming.

Papadosio is music’s Doctor Frankenstein, dissecting vast quantities of genres to find their basic elements, then recombining the broken parts into novel new creations. The band came on stage and launched into a tricky angular beat that switched to a heavier groove within the first minute, then came back to a lighter feel before diving right back in. Each song bled into the next as they wove electronica, rock, reggae, funk, lounge, and other styles into an sonic blanket that enveloped the dancing crowd.

The band was backed by several LED screens showing videos and still images by artists the band had partnered with. The visual creativity matched the music moving from Tron-esque dystopias to Mexican-American inspired tapestries as quickly as the band moved from electronic jazz to reggae tinged metal. Papadosio has made their name through extensive touring and it shows, the band was tight and on point all night long, jamming not just with each other, but also with the incredible light show and the students who had braved the cold New York streets to be there. 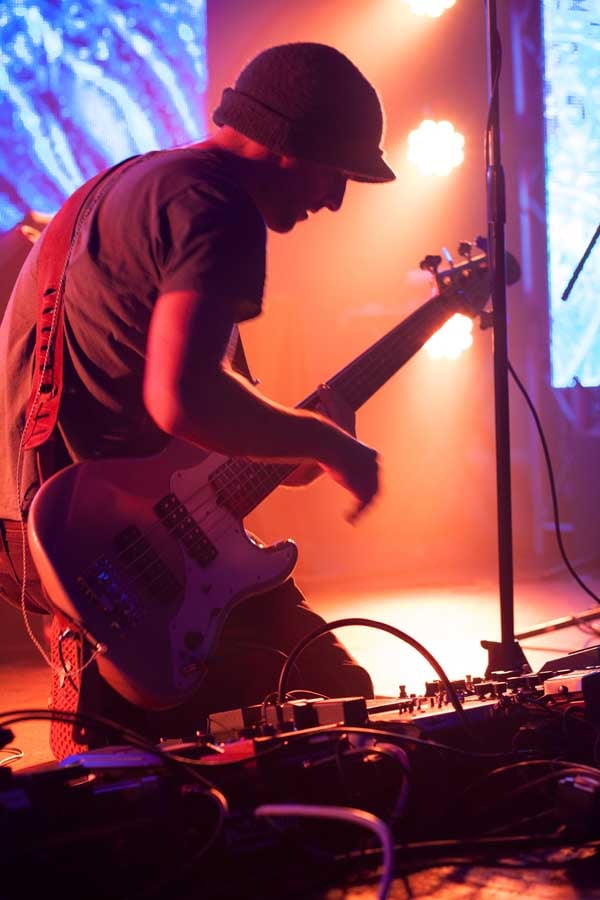