Paul Janeway of St. Paul and the Broken Bones embodies the idiom “never judge a book by its cover.” Because simply looking at the front man of the 7-piece band, one would doubt he has the vocal prowess he does.  His rich soulful voice mixed flawlessly with the horn-infused  funk-rock band that had most of the crowd moving this October night. Throughout the performance Janeway successfully channeled the likes of greats such as Otis Redding and Sam Cooke. Highlights of the night included a cover of “Shake” by  Cooke, as well as songs from their debut album Half the City. Playing a full hour and 45-minute set that included songs like “Grass is Green” and “Call Me,” wearing an Alabama button on his lapel, Janeway acted like the band conductor as he waved his arms during a great rendition of a classic “Try a Little Tenderness.” The Birmingham-based group has been touring nonstop for almost a year, which saw them in Boston twice, headlining and selling out a 240-capacity venue seven months prior to October, to selling out a room that’s nearly twice the size. While the music isn’t new, it’s refreshing for a young group of musicians to be playing retro soul music. Paul Janeway could probably sing the phone book and it would sound incredible. 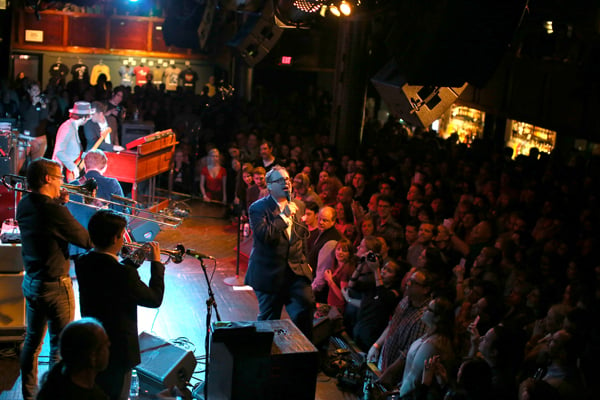 Hailing from Detroit, Jessica Hernandez and the Deltas opened up the night with an upbeat yet dark set of her brand of soul music.  One fan described it as “[the] best show in a long time.”