PHOTO GALLERY: The Jesus and Mary Chain Live in Boston The Jesus and Mary Chain

The Jesus and Mary Chain were “just like honey” on their Psychocandy 30th anniversary tour.


Lead by founding members and brothers William and Jim Reid, the current lineup of the band played a few songs from the back catalog before tearing into the classic album. No surprises for the bulk of the setlist and no one seemed unhappy with the performance.

Other than to briefly acknowledge the crowd, the guys barely paused in between songs; it appeared that Jim may have been battling a cold but it didn’t take away from the momentum. The live sound was a bit fuller than recorded – Phil King switched from bass to guitar and Mark Crozer took bass duties. All in all a reminiscent show from pioneers of the shoegaze movement who proved they still have plenty of fuel left in the tank. 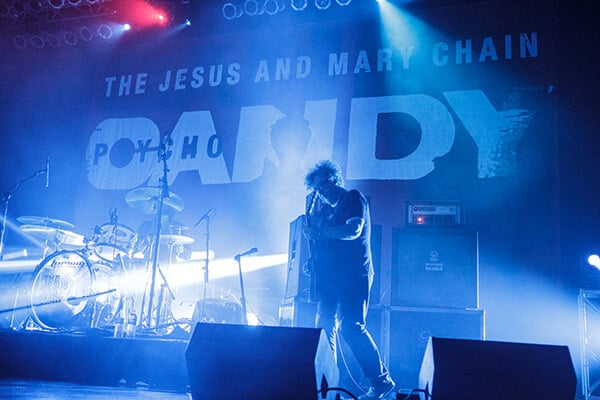