Headlining the Northside Tavern and fresh from their win as Best Electronic Act of 2014 at the Cincinnati Entertainment Awards, alt-electronic group Black Signal broadcast their own intriguing mix of shape-shifting keyboard and synthesizer generated material. Currently composed of two remaining original members, Matt Ogden and Sean Garner, the duo managed to bridge a slippery divide between EDM and a darker, at times more disturbing brand of ambient soundscapes.

Wearing color changing LED masks and totally backlit from a huge white screen, their figures were silhouetted against the industrial and often creepily soulless projections of amorphous swelling blobs or gaping endless tunnels behind them. Black Signal’s visual presentation coordinated seamlessly with the sounds they created. By turns robotic, hypnotic, pulsating, and percussive, the music coursed through the listener as well as being heard. Disembodied vocal tracks floated amidst a tapestry of varied aural effects. I could’ve sworn the entire side wall next to them was a bass cabinet, it vibrated so much on the low tones of songs like Sai Pei and Arrogance. The atmosphere was so encompassing that there was no way of remaining simply an observer.

Black Signal’s material is mostly an edgy instrumental collage, although this performance showcased two guest vocalists. B-Rad from the Breeze took the stage for Blonde Dog, delivering his lyrics to the background beat. Jess Lamb also added her substantial vocal chops to the haunting Wax Heart; her soaring, yearning voice providing a human element counterpoint to the mutant machine music.

By the end of the set, even the few hesitant standees in the back of the room had moved up close to the action. A good signal indeed. 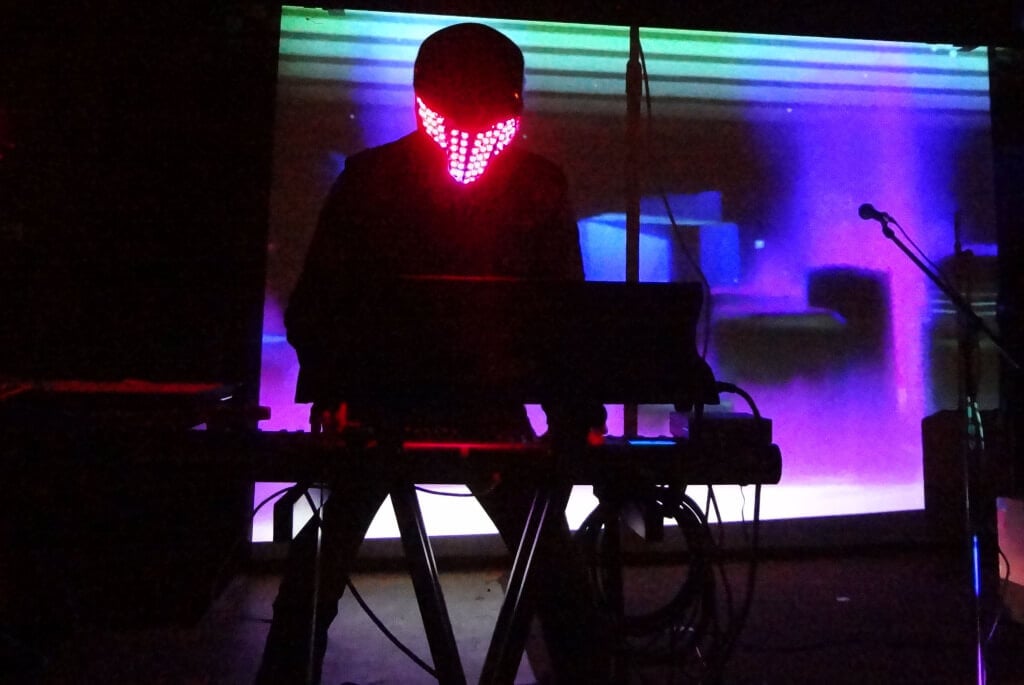