Philly-based indie-rock band Highnoon began as the solo project of 22-year-old songwriter, Kennedy Freeman. It has since evolved into a four-piece effort joined by Justin Roth, Nathan Avila, and Brendan Simpson.

Freeman spoke with me over video chat from where they’re sequestered in New Jersey to talk about Philly’s DIY scene, their new cassette, and being black and queer in indie rock.

What’s your background?  When did you start playing music?

I originally started taking piano lessons as a kid. Our neighbor taught piano lessons out of her house, so I started doing that around 6 or 7, on and off. (I’m a bit of a quitter.) Then when I went to college at Temple University in Philadelphia, I was exposed to the DIY scene and got an acoustic guitar, and just started teaching myself from there. And then my sophomore year I took an intro level guitar course to get some technique, and I’ve just been figuring it out from there.

Which instrument do you prefer to play?

It depends. I know more technical stuff and theory on the piano, so I’ll start to write a song on guitar and realize I don’t know what I’m doing so I’ll go pluck at the piano and figure out where I’m at. I like writing songs on both, but usually they’ll be different genres. They do different things for me. I have a low-key side project that I have not recorded that is synth pop stuff. I use a Yamaha from Guitar Center [laughs]. It’s very entry-level. But lo-fi is in right now so I get away with using the pre-sets. It gets the job done. Did you come from a musical family?

Yeah, definitely. My mom’s family was very Christian and her and her sisters had their own gospel group. They almost made it big! But my mom was a choir director after that and taught me how to listen to music and how to find harmonies. Some of it was inherited I think, but she did put a lot of work in to give me some sort of “ear,” musically.

Who are some of people who inspire you to be creative?

Tell me about recording your album, Semi Sweet.

It was recorded between semesters and on weekends from September of 2018 to January 2019 in a huge rented warehouse space in Southwest Philadelphia. It was just me and Justin splitting up the instruments, recording one instrument at a time. And then we did the vocals in my bedroom.

What gear did you use on the record?

Drums: A pair of Blue Hummingbirds were used for overheads, Shure SM57 on snare, Shure Beta 52A on the kick drum

Behringer UMC404HD USB interface for everything. 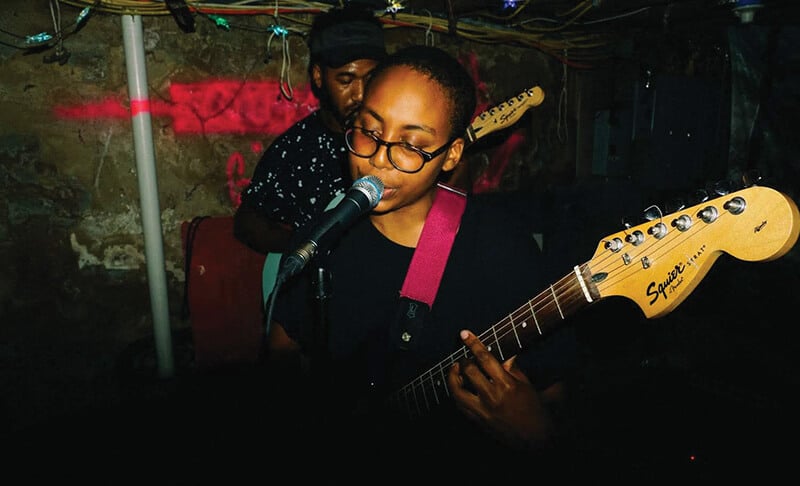 Tell me about your tour last fall. Where did you go?

We didn’t have a lot of connects close together, so we ended up doing a lot of driving. We went to Central PA, Virginia, Atlanta, Nashville, Iowa, Ohio, and Chicago. We’re from the Northeast and we just assumed everything is a lot closer together than it really is. [laughs]

What are the biggest hurdles for you as a queer, black musician?

In a city like Philly, the only real obstacles are the ones you can’t really see—which mostly have to do with social capital. A lot of the time if you don’t know the white guys who are running the show houses, they’re not going to book you. People started trying to diversity their bills and they would make stupid Facebook posts that were like, “We need one black, queer person for the bill on Friday. Know anyone?” And that’s how I got a lot of shows, which, you know, it’s weird but you kind of have to take advantage of it at the same time.

The Gate Keepers tend to not have any black friends or listen to music made by black people. And so that makes it tougher to break into the scene. But I think I’ve benefited from it being trendy to be inclusive. I think people are trying in some way to not just have a bunch of white guys up there anymore, which I appreciate. I try not to think about it too much because it’s either this or not play any shows at all.

Are there any experiences that stand out?

It’s just this kind of air of being more knowledgeable and trying to show that off to you. Telling me “you sound his guy,” and I’m like “I don’t know who that is.” But in my experience, from going to house shows, a lot of them sound exactly the same. And that’s kind of when I thought, “I can do that.” And that’s when I started writing. What does the future look like? Have any projects planned?

I had just finished writing the second record in February, so pretty much right before everything collapsed. We’re hoping if things get better, we’ll be able to practice again and record and get that out relatively soon. But we’re not trying to rush it.

Do you have a dream collaboration?

I would have to say Choir Boy or Covet. I’ve been really into their newest albums and admire their respective guitar playing styles. Big songwriting and production inspirations for me as well. Also: Cranberries and Cocteau Twins. 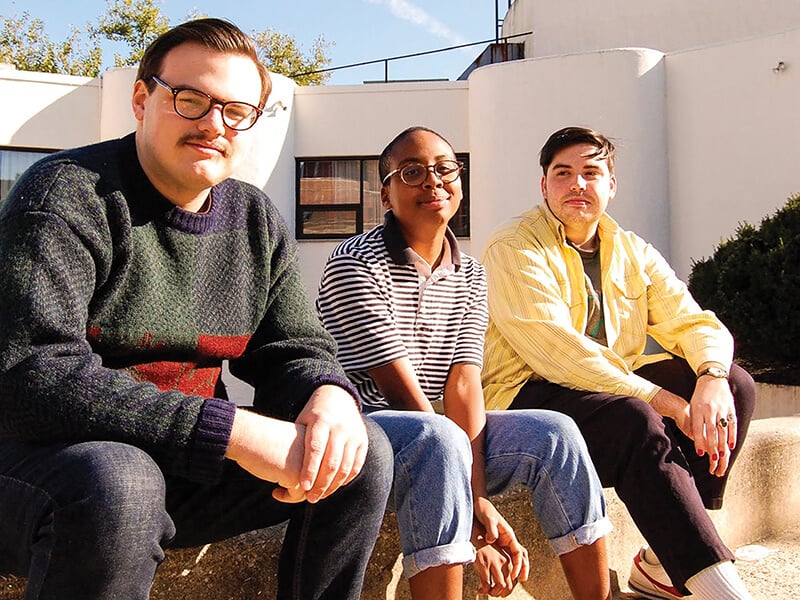 Editor’s note: To celebrate the album’s 1 Year Anniversary, Semi Sweet was released onto limited edition cassettes via Oof Records on July 31, 2020 with two exclusive bonus tracks not available on digital album. The initial 50 tapes have sold out, but you can listen here: https://highnoon.bandcamp.com/releases