The Ohio-based Buffalo Killers already knew what Sven Kahns could do musically from his guest appearance on their third album, 2011’s appropriately titled 3.

It wasn’t until last year that singer and bassist Zachary Gabbard really knew whether Kahns had what it takes to handle other band-related matters.

“His first trip with us was when we did South by Southwest in 2013,” Gabbard recalls. “And it was one of our wild weekends where we go from Ohio to Austin – long, 18-hour drives. I thought, ‘Well, if he can deal with this, he can deal with any of it.’”

Guitarist and lap-steel player Kahns is now a full-time member of Buffalo Killers, which had been a trio since the band’s birth, consisting of Gabbard, his guitarist-singer brother, Andrew, and drummer Joseph Sebaali. Already possessing a thick sound reminiscent of late-1960s/early-1970s rock power trios, Buffalo Killers are even more muscular as a foursome. But at the same time, adding Kahns has opened up some space within the band, says Gabbard.

Those positive changes are reflected throughout Heavy Reverie, the new Buffalo Killers album, released via Sun Pedal Recordings. The tracking sessions with producer Jim Wirt at Cleveland’s Crushtone Studios lasted about five days, and everything went so well that the band subsequently cut another studio album with Wirt in about the same amount of time.

Zachary Gabbard recently spent some time with us talking about Heavy Reverie, the early days of Buffalo Killers, the addition of Kahns, the band members’ equipment preferences and much more. 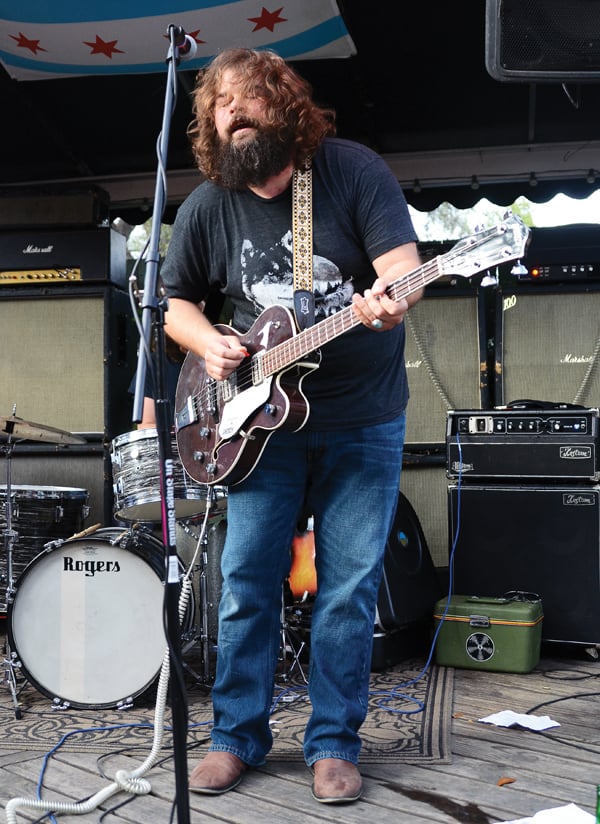 When you transitioned from Thee Shams to Buffalo Killers around 2005/06, was there ever a detailed discussion about what the new band was going to be or not be? Or did everyone place their trust in the existing musical bond and allow it to evolve organically?

We just knew at that point that the three of us were super-committed to being together, and that’s all we talked about. I think it was a pretty smooth transition, if you listen to the last Shams record and the first Buffalo Killers. At that point, I really felt like Andy and I had figured out how to write songs. We felt more confident in our songwriting, and things moved quicker [from there]. It was like wiping our hands of all our mistakes and starting over. [laughs]

Bands with brother combos are legendary for having differences, like Rich and Chris Robinson of The Black Crowes, with whom you toured in 2007. Did you ever witness any backstage bickering between them, or did it seem like they were getting along fine at that time?

They’re always in good spirits when I’ve been around them. Both of them are super-supportive of us, still. They really helped us along; seeing them every night and being respected by your peers and people you look up to was a big deal. It was a big boost of confidence at the time.

But no, I’ve never seen them go at each other. They’re good guys, very down to earth. We saw them recently; they always invite us out when they come to town and treat us like kings.

The first and second Buffalo Killers albums were released two years apart, but starting with 3 in 2011, the band has released new music annually. Is there an explanation behind this steady productivity?

You know, we’ve hit a lick – it just keeps comin.’ With Alive Records and our new label, Sun Pedal, they’ve been supportive of me and Andy writing real fast. We did 3 and Dig. Sow. Love. Grow. and Ohio Grass with Alive, and they were into it. We could go and play shows, and nobody’s telling us what to do. It’s nice to have that support, to be able to go into the studio and do what you want to do.

So it’s really satisfying to do it and make it come out fast; we’re really into that right now. 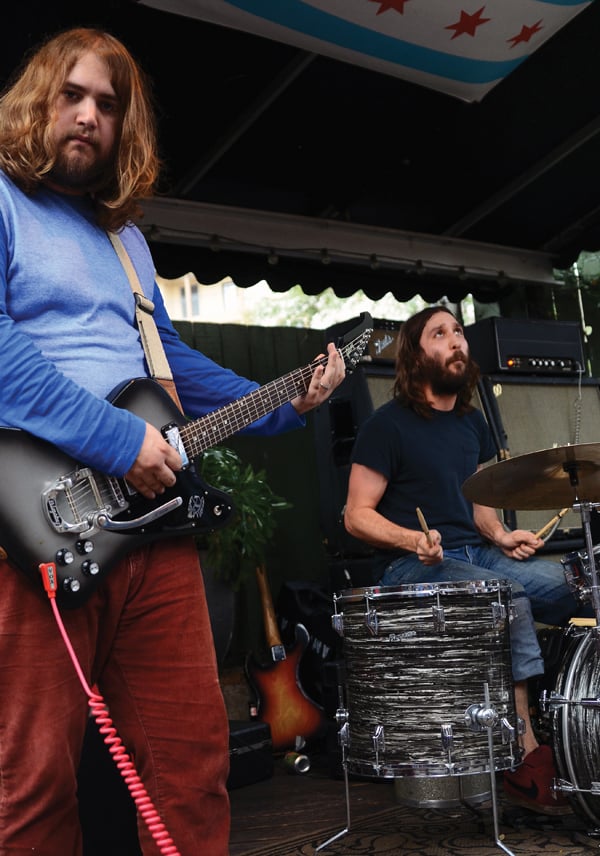 The band added Sven Kahns as a fourth member fairly recently. Talk about the circumstances leading up to his arrival.

He played on 3 a little bit. It was just a thing where our sound had grown, and we don’t have enough arms and legs to do everything, so we decided to get somebody else.

We’ve known him for a while, so it’s like he’s always been there. He knows all the songs; we didn’t have to say, “Learn this” or “Learn that.” It’s been easy. Us being a core group for so long, it took the right person to fill that spot.

How did expanding from a trio to a quartet change the musical and personal dynamic of Buffalo Killers, both in the studio and onstage?

I think it allows us to sit back a little bit more than before – not Joey, but me and Andy. As funny as it is, it’s freed up more space with another guy. And with Sven, it sounds great.

Let’s talk about the new studio album, Heavy Reverie. Was producer Jim Wirt hands-on or hands-off during the recording process? Or was he a little of both?

The way we approach things when we get to the studio, we’re ready. So I’d say that a majority of the time he’s a little more hands-on [with artists] than he was with us, just because we come ready to go. But it was a transition for us. He helped us with vocals and pushed a little further, whereas before, it was me sitting in the room, and Andy saying, “Is that cool?” [laughs]

It was great to be out of our comfort zone in a studio we didn’t know, with someone we kinda knew. We didn’t know Jim that well; he’d come to see us a bunch of times. We didn’t send him any demos beforehand; we just went in and said, “This is what the songs are.” I mean, we definitely let him in, and I think it worked great.

Heavy Reverie was tracked on the Neve console that Michael Jackson used to record his Thriller demos. Who in the band was most impressed by that piece of trivia?

We didn’t know that until the end. Me and the guys have listened to Thriller a million times, just critiquing. On the Thriller demos, there’s a song called “Carousel,” and it isn’t on the record. But “Carousel” is one of the songs that was tracked on that console, and “Carousel” is my favorite Michael Jackson song, so I thought that was pretty cool.

What pieces of equipment do you use regularly?

Andy and Sven both have a Fender Deluxe. We’re definitely not gear heads. We’re just bare bones. Joey used Ludwig and Rogers sets on this album; he’d always been a Ludwig guy before. We’ve always used the same acoustic guitar on a lot of stuff. It’s an Alvarez. And I always use my Gretsch hollow-body Broadkaster bass. Andy always uses Firebirds.

Who’s the inspiration behind the song “This Girl Has Grown”?

Andy wrote that, and that’s about his daughter. And how about “Cousin Todd,” which has the notable refrain “He’s a better junkie than you”?

When we were doing the song for the first time, in the barn at my house, I wrote the name of the song down, and Andy looked at me real serious and said, “We don’t have a fucking cousin Todd” [laughs]…But everyone has a “cousin Todd.”

What kind of touring schedule will the band have throughout 2014? Will it be busier than in years past?

It will be busier. We’re doing the East Coast, the West Coast and everything in between. Hopefully we’ll get even further…