Home / New Music and Video / Interviews and Features / American History Through the Lens of Black Art, with Napoleon Cummings

American History Through the Lens of Black Art, with Napoleon Cummings 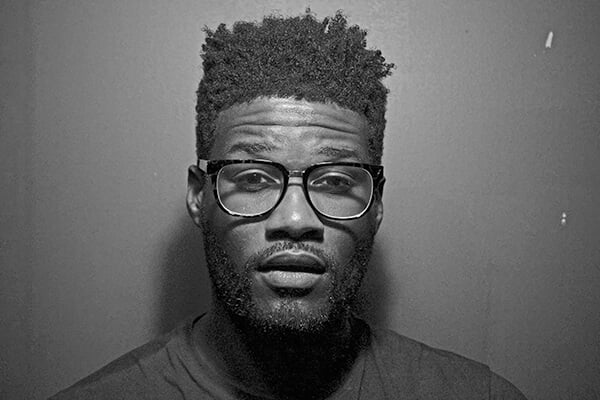 American History Through the Lens of Black Art, with Napoleon Cummings

Black music is the soundtrack of not just Black American history, but of America as a whole. It details both our struggles and our victories as sewed into the American tapestry.

From the coded language of “Negro” spirituals, encouraging us in our darkest hours to strive and survive, to the celebratory and lush big band jams of Duke Ellington and Lionel Hampton. Continuing on to the massive pop sounds of Motown and James Brown’s anthemic Black Power Chant, “Say It Loud – I’m Black and I’m Proud.”

Marvin Gaye added to this, celebrating love while championing social justice on his best album What’s Going On, while the next generation birthed hip-hop and continued the tradition of voicing Black struggle with songs like “The Message,” NWA’s “Fuck tha Police” and the entirety of the Public Enemy’s catalog.

This is a rich tradition that singer/songwriter Napoleon Cummings does not take for granted. Cummings, formerly of the a cappella group Naturally 7, is currently embarking on a mini tour of Australia and wrapping up work on a self produced, as of yet titled, EP.

When discussing what its like to be a black artists navigating his way through the music industry Napoleon states, “The only thing that stands out to me being a black man working in the industry is me not taking for granted the culture I come from. Observing the history, yet still pioneering a new wave into the scene. Knowing that what I was born into as a Black musician is a privilege. So many cultures look to us for music that gets right to their soul. I’ve realized I have to protect that power and that history. Add to it. Take it to more places, own it and stay true to it, dimming out the counterfeits,” he continues.

Cummings speaks to the eroding boundaries that were previously set before Black artists: “A lot more artist [are] stretching and tearing down stereotypes with their image and sound. So I’m grateful to be in the business now, where the limitations on artists are disappearing and the artist has freedom to be.”

He also addresses the importance of that tradition of socially conscious music and its impact on Black people and culture: “Socially conscious music has been the underlining game changer for the perception of the youth.  And one of the dopest contributors to me is Kendrick Lamar. His music in such a short time has transcended the preconceived attitudes about who we are. And in transcending, it also has brought a consciousness to us and has opened up more possibilities to break the perceptions of us that aren’t accurate.”

He adds, “I thank all the great artists and songwriters who’ve sacrificed and paved the way for me and others like me to play in any ethnic setting I please, and to see places that weren’t possible before.”

Napoleon Cummings on the web: