Forecastle Festival Continues to Grow and Evolve in 2016

Once upon a time, in July of 2002, a grassroots-organized neighborhood gathering of music, art and activism took place in a quaint little patch of grass in the Fredrick Olmsted-designed Tyler Park. Located in the heart of the Highlands neighborhood in Louisville, Kentucky, the first Forecastle was comprised primarily of local artists and musicians who all performed for free.  Drawing a few hundred people nonetheless, festival founder JK McKnight made it all work on a budget of less than $500.

Fast forward to today, and this little grassroots festival has steadily evolved itself into a corporate-controlled, behemoth midwest tourist attraction, drawing thousands and thousands of festival-goers from 49 states and 12 countries. Now fully orchestrated by Knoxville’s AC Entertainment (producer of Bonnaroo & Sloss Music Festival), Forecastle Festival will once again take place on Louisville’s Waterfront Park this weekend, from July 15-17th.

As an advocate for all things Kentucky, this writer would be remiss to note how our largest home state music festival seems to play host to fewer and fewer “Kentucky” musicians and artists, as each year passes. Sad, but true. In 2015 there were five artists, including My Morning Jacket, who hailed from the Bluegrass State, but this year it’s been reduced to only three, which is another aspect of the festival’s inevitable evolving trend. On the this year’s official lineup of musical artists with Kentucky roots we’ve got 1200, Joan Shelley and Louisville Orchestra Director, Teddy Abrams & Friends, who will likely feature a variety of other Kentucky musicians during his set.

Nonetheless, there’s still plenty to revel about and be excited for as Forecastle Festival maintains its status as Kentucky’s largest annual gathering of music and art. According to official ticket sales to date, this year’s festival is expected to surpass their all-time ticket sales record set last year, with over 65,000 tickets sold.

Here are some of my personal highly-anticipated on and offstage attractions that I will choose to jabber about, in no specific order. You can even download a FREE set of tunes from a handful of Forecastle 2016 artists.

The last time I saw Mister Ryan Adams was in 2007 at Louisville’s Brown Theatre. This was when he had the audacity to only deliver a 20 minute acoustic set, sitting in a dimly-lit half circle with his band the entire time. After about three songs, plus a cover of Alice in Chains’ “Down in a Hole,” he stepped to the mic and uttered the words “Thank you, goodnight,” and then proceeded to walk offstage. Everyone in attendance was infuriated. Regardless of that incident, this dude is one hell of a songwriter and live performer, with a 20+ year catalog of songs to draw from. I just happened to catch him on one of those shitty nights where ole’ Ryan just wasn’t feeling it. Chances are I won’t be the only person present at Forecastle this year who last saw him at the aforementioned flub show. That’s why I will confidently predict that his upcoming set at Forecastle will be an enthralling live demonstration of his musical prowess in one of his rare festival appearances. So, how about a total rock-out with your cock-out set there, Mister Adams? Some of us have been waiting a long time for it…

The last time a Dan Auerbach-fronted rock-n-roll machine graced a stage at Forecastle was in 2013, when the Black Keys gave a rock-n-roll sermon for over 2 hours to a rambunctious, yet appreciate drunken mass of fans. I was happily part of that mess. The Arcs – Photo by Richard Swift

Auerbach returns to the Forecastle stage with his newest rendition of psychedelia/garage rock while keeping intact his trademark vocals and reverb-drenched guitars. Also a vital part of the band is bassist Nick Movshon, whose better known for his extensive work with the late, great British soul queen, Amy Winehouse.

Keep an ear out for “Put a Flower in Your Pocket” if you’re a Keys fan. It should be just as a trippy performance as the song’s video. Hopefully. Catch them early on Saturday at 5:15 on the Mast Stage. 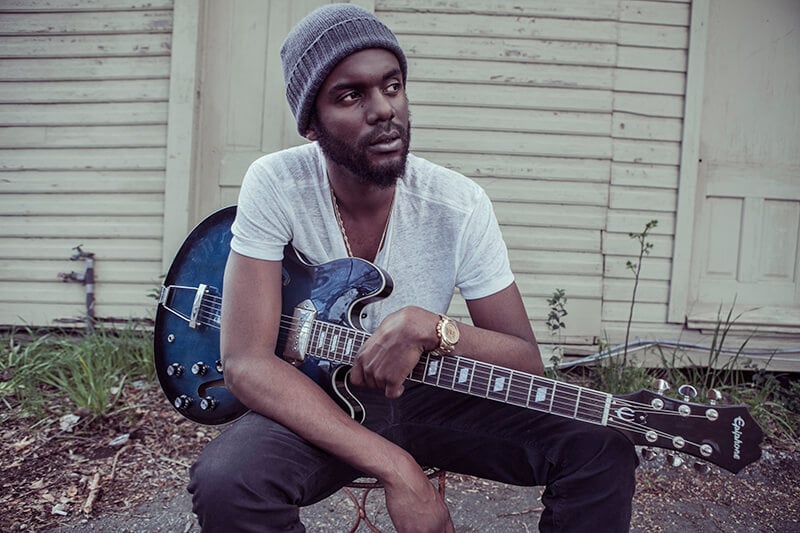 Making his 2nd Forecastle appearance in only 3 years is Austin-based Gary Clark Jr., one the next soon-to-be greatest Blues rockers of our generation. He’s a festival staple across the country and his experience with the Forecastle crowd will lead to another guitar and vocal-fueled battleground experience for his audience.

Just wait till he plays “The Healing” at some point during the set. Who doesn’t need some healing from living in today’s world? Catch him on Sunday at 5:00 on the Mast Stage. Also known as Jecorey Arthur, he is a music teacher for a local school by day, and up-and-coming hip-hop artist by night. There’s not much more of a positive role model coming from his west end Louisville roots. But this boy will ignite your senses with his genuine delivery of real-life inspired songs, and heartfelt authenticity. He’s a “real” musician whose capable of reshaping the overall perception of his style within the uninformed popular thought, so make sure you give him a listen on Friday at 3:00 on the Ocean Stage.

You know, not because I’m freaking biased towards Hunter S. Thompson and virtually anything GONZO, but this will be one of the coolest damn spots to get a bourbon or other GONZO libation of choice. Thompson, a Louisville native, and creator of GONZO Journalism, was also a rabid bourbon connoisseur, amongst quite a few other mind-altering substances of choice. 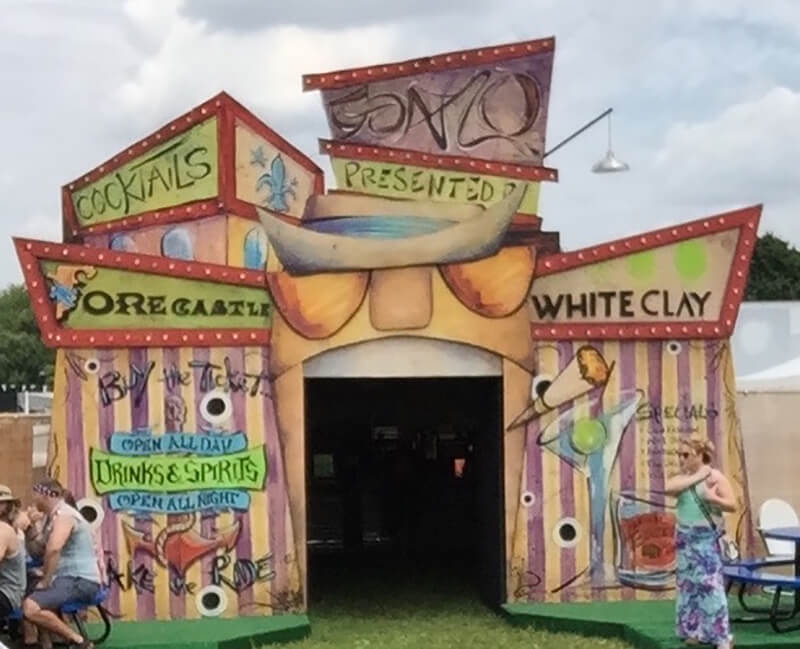 Celebrate the GONZO spirit while you enjoy a new feature to this year’s bar – a Grant Goodwine curated “traveling madhouse” of inspired art by Thompson and his longtime British illustrator, Ralph Steadman. Great DAZE!!

Rhythm and blues and soul rockers with dashes of country are definitely crowd-pleasers at Forecastle. This year’s festival will feature one of that genre-orgy’s up-and-coming rising giants, with Michael Cameron Anderson, professionally recognized as Anderson East. 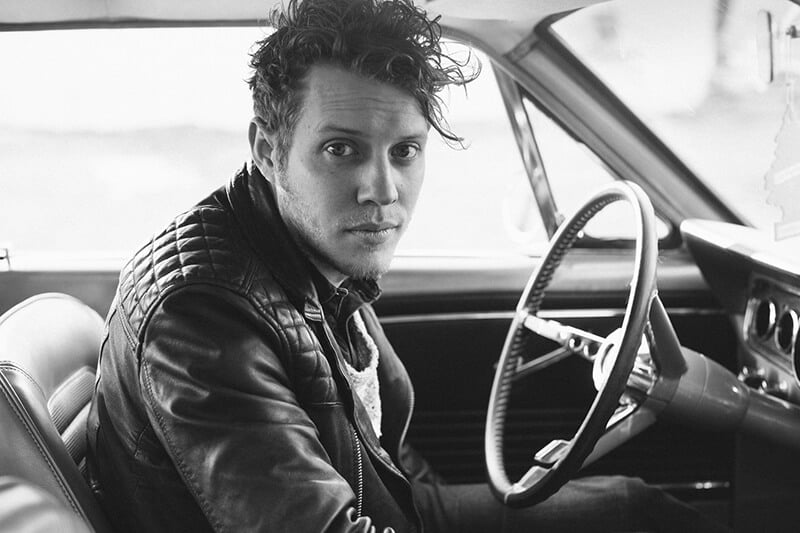 Yep, this little young Alabama lad can sure as hell man a mic and rock a stage with more heartfelt intent than some of the seasoned veterans around him. And when he’s done doing all that, he parks his boots under Country Music Queen, Miss Miranda Lambert’s bed. How about that?

You’ll have to shake off that Saturday night hangover kind of quickly as he opens the Mast Stage on Sunday at 1:45. Oh yeah, make sure you wish him a happy birthday if you’re in attendance because he’ll be celebrating his 28th.

A celebration of Kentucky’s most famous export, other than horses and world-renowned musicians: bourbon, curated by The Kentucky Bourbon Trail, a non-profit organization that promotes and publicizes all the major bourbon distillers throughout the state. You’ll learn about the history and cultivation of bourbon directly from the distilleries who’ve made it a world class export. And of course, be aware this is usually the only non-VIP air-conditioned oasis within festival grounds. So why not give all those sun and heat-relief seekers first class access to Kentucky’s brown hell water? Good call.

This is the corridor where most of the incoming art will be found, along with mixed in festival retailers, many from Kentucky. It’s definitely the calmest and quietest section of the festival ground, and is great place to people watch. Grab a bite to eat. Or drink a craft brew. Or catch a nap. Whatever floats your boat.

Like this? Share this!
Facebook
Twitter
Tumblr
Pinterest
*Jason Ashcraft is a freelance contributor for Performer Magazine, based out of Louisville, Kentucky and Nashville, Tennessee. You can read more random readings from him via his blog: louisvillescuttlebutt.wordpress.com
Related ItemsHomepage Lead Stories
← Previous Story OnTop Acoustic Guitar Stand Named “Best in Show” at 2016 Summer NAMM
Next Story → Quick Recap: Brand New Bare All At Xfinity Center