COVER STORY: The Dough Rollers on The Importance of Grueling Tours Having just released their debut EP Gone Baby Gone on Third Man Records, New York blues/rock outfit The Dough Rollers are slowly gaining notoriety. Lead guitarist and founding member Jack Byrne attributes their rise to the band improving their chops and forging a stronger bond on the road. “We just finished up a tour in Europe and the U.K. with Billy Idol. Touring in Europe was great, really a lot of fun. The people over there really get turned on by music still, which is cool. It’s different here, where sometimes you play and people are totally indifferent. It was also really nice to play on a big stage and be able to stretch out, as opposed to playing in a little shit hole in the middle of nowhere which, don’t get me wrong, is fun too,” says Byrne.

Byrne explains that every time the band goes to record or goes out on the road they learn something new, but that touring and performing is what really shapes a band: “I think that there is no better way to come together as a band than being on tour.  Even if you’re at home and you practice together every day, there’s still something different about being on the road and playing shows. Especially when you get into these big tours, it’s a high-pressure situation and you just have to play to the best of your ability; I think that we’ve definitely done that every time we’ve been on tour.”

Byrne continues to explain how the road can really expose a band’s strengths and weakness and provide insight and opportunity for improvement. “When you hit a stride you can learn about where the group is collectively, how you’re playing and how you can improve. Also, any time you play with anybody else on a bill, especially when it’s one of these older guys, just watching them can teach you so much. They’ve been on the grind since before we were born.”

Byrne goes on to express his love for the road and the band’s experience touring with Queens of the Stone Age: “We did two tours with them and they were great. They were huge, huge influences on us as a band. We had recorded an album with a guy who plays in a band with the bass player from Queens of the Stone Age, so we had some connection already. When they asked us if we wanted to go out with them, at that point it was still just Malcolm [Ford, vox] and me. We said we definitely wanted to go on the tour, but maybe it’s a better idea that we do it as a full band. We weren’t that familiar with the Queens of the Stone Age’s music, but we knew that it was a pretty heavy sound.” 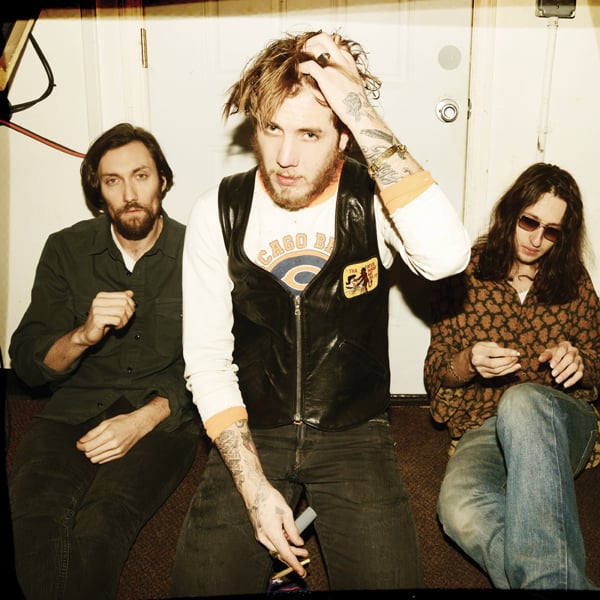 So Byrne and Ford added a bassist and a drummer to form a full band for the first time. “That was a huge change and it was directly because of that Queens of the Stone Age tour. You know, just watching those guys play every night, seeing how they do their show and how professional they are and how good they are live, it just changed everything for us,” Byrne says.

In describing the songwriting and recording process for Gone Baby Gone, Byrne expresses that the band does whatever works for the song they’re working on at the moment, so that they’re not married to one style, giving them some natural flexibility and fluidity in the process. Byrne says that the EP was about two years in the making and also contained its own learning curve. “With this EP we…didn’t like what we heard initially. So I kind of went into the studio and learned how to mix and produce an album, so that was definitely a huge learning experience for me. As a band you walk away with something after recording, being able to see where you can improve and what you did right.  We’re getting ready to step back into the studio soon and we’re a lot more prepared than we were last time. Not that we weren’t prepared, but since then we’ve learned a lot about where we can go writing songs, what we want to get out there creatively and who we are as a band.”