In the Studio with TEEN GIRL SCIENTIST MONTHLY

Tapping Into Performances From the Road for Recording Inspiration We had our demos and Berger made a ton of lists with details and parts and everything, but the best bit that we took into the studio came from touring to SXSW last year.  A lot of what we thought we knew about the music went out the window when we were playing it every night in new places to new people.  The most basic, strongest elements came out; we found places to lock in, places to play.  When we got back, everything felt different, less set in stone, more electric, and a week later we were tracking drums.

We recorded the majority of the album at GaluminumFoil Studios in Brooklyn.  Mel, our keyboardist, did her band’s debut EP there a year ago, and we really liked how it felt like a hideout, a place to steal away the nights together.  Gary Atturio, our friend, engineer and mixer, works there – he knew our live show and what we were going for and all that just made it the perfect spot to stomp and yell the summer into pieces together.

We throw ourselves around a lot during our live shows, and we wanted to capture that live energy in the songs, but then dress them up for prom.  We recorded the majority of the drums and bass live and did a lot of group vocals yelling along with the lyrics in the background.  We didn’t aim for perfection, but energy, which meant trying to get each other to laugh and react and let go a bit.

Like comparing apples and baby wolverines.  Pioneer Ghost, our first EP, was recorded right as we were coming together as a band, and it comes across a little flat by our ears.  There was so much left to discover about each of those songs, but we rushed the record out.  With Modern Dances, we had a lot more time with each track, and found a lot more in each to play with and live in. We had a field day with synths.  We used a Yamaha CS-5 for some really buzzy, dirty stuff, and a Music Learning Module (made by Wurlitzer for, we assume, really lucky school kids in the ’80s) for some rounder, Rhodes-with-a-stupid-grin tones.  There are also some Mellotron patches on “Faith” and whatever that snarky nasal key tone from early ’90s hip-hop is called on “Little Fur.

They yin and yang.  The live sound is the most honest for our music, but the songs went somewhere new and exciting with the overdubs.  We don’t have many philosophies in Teen Girl.  Berger points out that he flunked Philosophy, but we don’t understand why he’s so proud of that.

We were super lucky to have a trio of very awesome ladies play strings on a few of the tracks.  We had a violin in the band back when we were getting started, and for some of the songs it was the perfect way to get them to their full potential.  Kristine Kruta, our friend and the cellist on the record, arranged some really amazing parts for us – melodic and cinematic.  She’s incredible.

We all swore by blood pact never to mention what we did after the third drink each night.

Gary mixed it for us in September, which was perfect – like looking back over your summer vacation.  For mastering, we worked with Alex DeTurk at Masterdisk in Manhattan, a really funny, genuine guy who walked us through all our options for getting the best sounds. 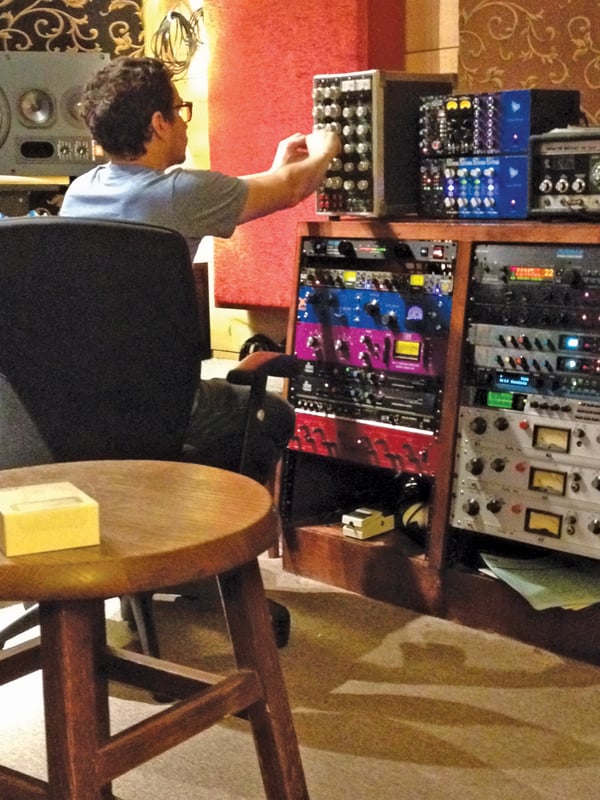 We threw a little party for our NYC fans, which was amazing – sold out, with a fantastic group of people in a very sweaty room.  For the actual release, we have some dates around the East Coast, as well as an NYC show at Cameo in Brooklyn, when we’ll be releasing the second single off the album.

Gliva, our bassist, made a collage from old home improvement books and pictures of flowers and gymnasts for the album proper, and it looks great.

For our first single – “Summer Skin” – the packaging is actually an 88-page Choose Your Own Adventure book that Berger wrote and Pete illustrated.  You have to get to the right ending to get your download code.  Otherwise, you get killed by a wizard, or have to fight the dragon.  Bummer.