Home / Home Recording / Best Practices: How Not To Get Overwhelmed By Gear When Outfitting A Home Studio

Best Practices: How Not To Get Overwhelmed By Gear When Outfitting A Home Studio I’ve spent the greater part of a decade putting together a home studio. It’s been a labor of love and a test of sheer will. I’ve thought of giving up entirely – and just letting the “pros” do it. However, I’m finally getting to the point where I’m making recordings that I can be proud of. The most important thing that I’ve learned is that gear really isn’t important.

Don’t get me wrong – obviously you need a microphone, a DAW or a tape machine and few other things to actually make records – but there’s a fine line between what you need and what you want. Don’t ever trust that feeling of want; it’s deceiving and gets in the way of writing music and making recordings. If you start thinking things like, “If I could just get that Neumann microphone my voice will sound so much better!” Or, “If only I had a Neve console my mixes will sound like the big studios and then people will buy my music!” STOP. 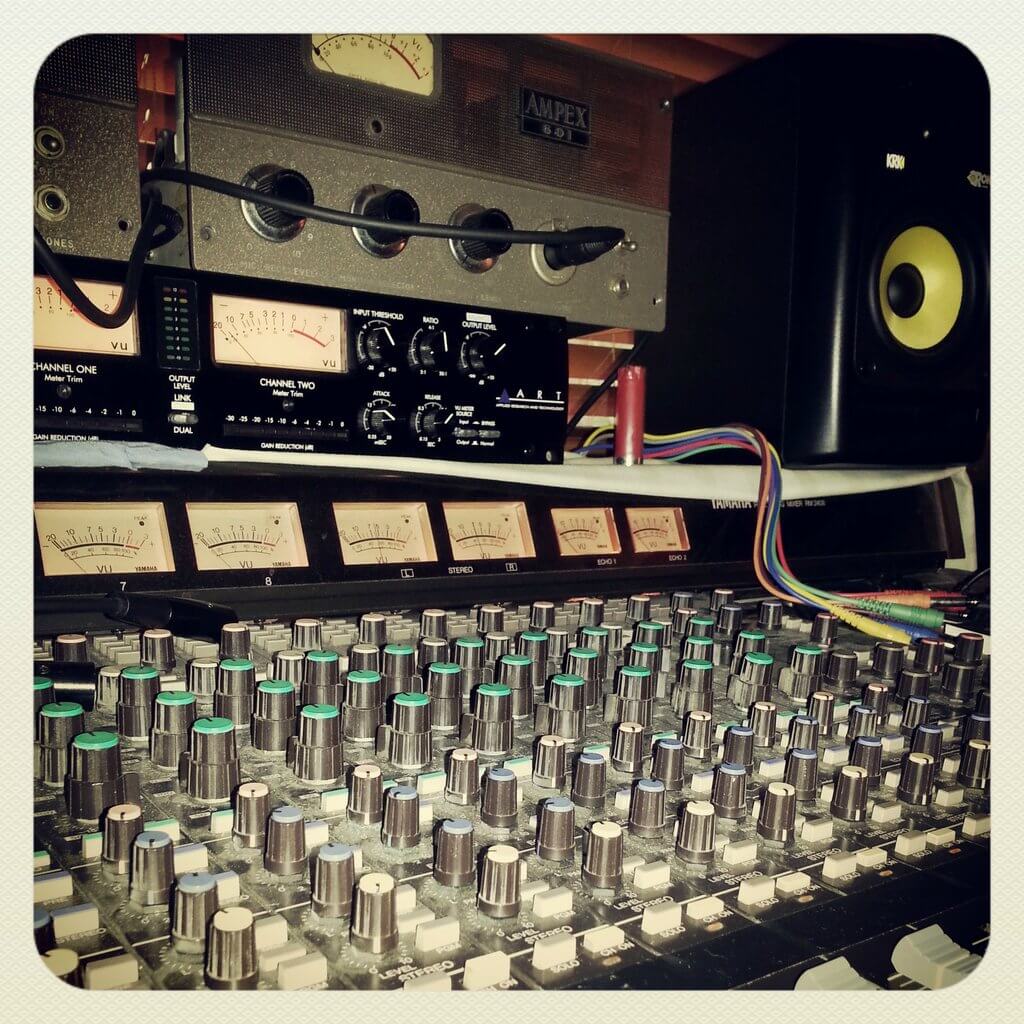 I was fortunate to attend a college that had an excellent recording program. I was able to experiment with different pieces of classic recording gear including API consoles, AMPEX tape machines, EMT plate reverbs, Buchla synthesizers and lots of vintage microphones. It was overwhelming to say the least. But thinking back on those years in college, I learned the most from the people that I had met – especially my fellow students. Collaboration can be an invaluable source of learning. Sharing mixes with other people and having it critiqued can provide you with a wealth of new perspectives and lead you to better hone your craft.

Listen to the recordings that inspire you and think about what qualities are meaningful to you. Is it the tone of the mix? Is it the timbre of the vocals, the guitars or the drums? Is it the simply just a good song? Find what’s meaningful to you and emulate it in your own music. Try and find interviews with the producer(s)/engineer(s)/artist(s) that made that recording and learn from them. Often times you’ll find out that it’s creative microphone placement – not the microphone itself -that’s responsible for “that sound.” One of my favorite recordings, Bruce Springsteen’s Nebraska was recorded using only a 4-track cassette recorder, two Shure SM57 microphones and an Echoplex. With a modest amount of recording equipment, input from others and a lot of feeling, you can make brilliant records that are meaningful to both you and your listeners.

ABOUT THE AUTHOR
Austin Potter is a Philadelphia transplant from Olympia, WA. He’s a huge analog recording fanatic, as such produces all his music in his home studio. For more info please visit tapesandtubes.com.