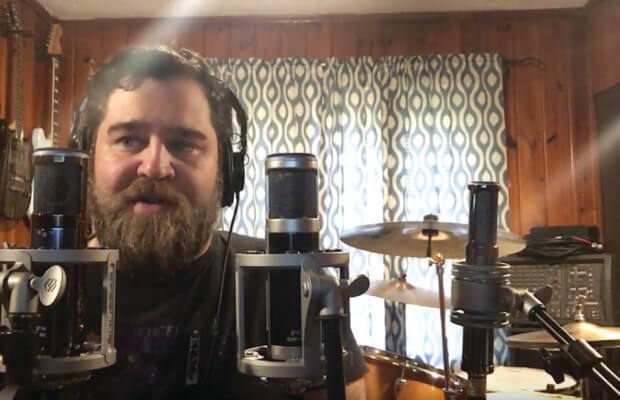 Let me start this whole thing off by saying: I never win anything on the internet. Sure, I apply for those alluring “win free gear” promotions from prominent distributors and manufacturers all the time, but I’ve never managed to fall into the winner’s bracket for anything. That is, until I was selected to receive this trio of shiny new microphones from Sterling Audio, courtesy of Performer Magazine. The only catch? I had to put them to good use and document my findings. No problem…so here we go!

The three mics included in the kit were the ST155 Large-Diaphragm Condenser Microphone, the ST169 Multi-Pattern Tube Condenser Microphone, and the ST170 Active Ribbon Microphone. My first impressions after unboxing were that all three mics were built exceptionally well — heavy to the hand, with very robust bodies and mounts. These mics are also gorgeous in appearance, flaunting elegant yet subdued design cues that make them appear much more expensive than they actually are.

Each mic also includes its own padded hard case, owner’s manual, and a few extra rubber bands for the shock mounts. The ST170 features a smaller shock mount, as it’s a much slimmer profile than the others, and the 155 and 169 share a design for their heavy-duty mounts. Additionally, The ST169 includes a large tube power supply box, an IEC cable to plug into your AC source, and a 5-pin XLR cable to connect from the supply to the mic. Please note that no standard XLR cables are included with these mics. Of the three mics I tested, the ST155 Large-Diaphragm Condenser is the most “meat and potatoes” of the group. Retailing at $199, it’s also an absolute bargain, considering how great it sounds. The ST155 is quite sensitive and articulate, with a very clean and balanced response through the full frequency spectrum. It features a switchable high-pass filter and attenuation pad which work great in situations where you’re moving a lot of low end, or high SPL’s, respectively.

I found the overall tonality of this mic to be very natural and warm, lacking the typical shrill top-end frequencies and pronounced sibilance that less expensive mics seem to be plagued with. I think that can be attributed to the fact that even at $199 retail, this mic features a hand-assembled capsule and custom-wound transformer. All of the ST155’s features make it the perfect candidate for speech and vocal recording, but it also holds its own quite well as a guitar amp, acoustic instrument or overhead mic.

The ST169 Multi-Pattern Tube Condenser Microphone is a Class-A device and features the same attenuation and low pass filter switching as the ST155, while also adding a separate 3-way switch for Cardioid, Omni and Figure-8 pickup patterns. Retailing for $499, the ST169 is definitely the flagship of the Sterling line. While I wouldn’t consider it a downside, the ST169 does require a bit more room to set up, as it includes a rather hefty tube pre-amp unit. It also requires AC current, so keep that in mind when you are cable-routing for this bad boy.

The ST169 differs dramatically from the ST155 in that it reproduces midrange brilliantly, which made me want to try it on all sorts of fun sound sources. I really loved the way this mic made fuzzy guitars pop out of a mix with ease. I also really enjoyed using it on gritty, soulful vocals. Sterling claims that this mic can handle very high SPL’s, and I found no evidence to the contrary.

It seemed like no matter what I fed this mic, it took it in gleefully and spewed out a rainbow of very useful tonal colors on the other side — probably the most fun I’ve ever had miking things. My first audio test of the ST170 was not entirely good. However, I can attribute most of that to a bit of user error. In my initial testing, I sought to compare it with the ST155 and ST169, but I was wrong to do so. This mic is its own beast. It features the same great build and components with its cousins, but sounds so radically different, it would be unwise to consider it in the same arena. The ST170 is VERY warm sounding and has a much lower output than the 155 and 169 — this is due to the ribbon, which is not meant to cover the same SPL range or frequency set as the large diaphragm mics.

The SP170 seemed to be a great secondary mic to a dynamic mic placed on a low-watt guitar cab. I had great results using it as a center channel “bass” mic on a stereo acoustic guitar recording. It also sounded wonderful tracking a vintage electric bass. Note that I had to keep the amp quieter than usual to avoid overloading the mic. All in all, this is a great mic to add to your locker if you already have most of your bases covered. It might not be a go-to, but I can certainly see myself using it to add a certain flavor to other mics, including the ST155 and ST169.

Sterling seems to know what’s up. They offer exceptional products at reasonable prices. I found that the ST155 and ST169 outperformed mics costing up to 10 times as much in certain situations. The build quality, clarity, and tonal qualities of their mics make them rare jewels in a sea of mass-manufactured and otherwise disappointing mid-level mics. My current goal is to acquire a second ST 169 to see what kind of stereo havoc I can wreak when using them as an overhead pair on a drum set. I’ve also got a long list of projects lined up for these mics that probably won’t end anytime soon! 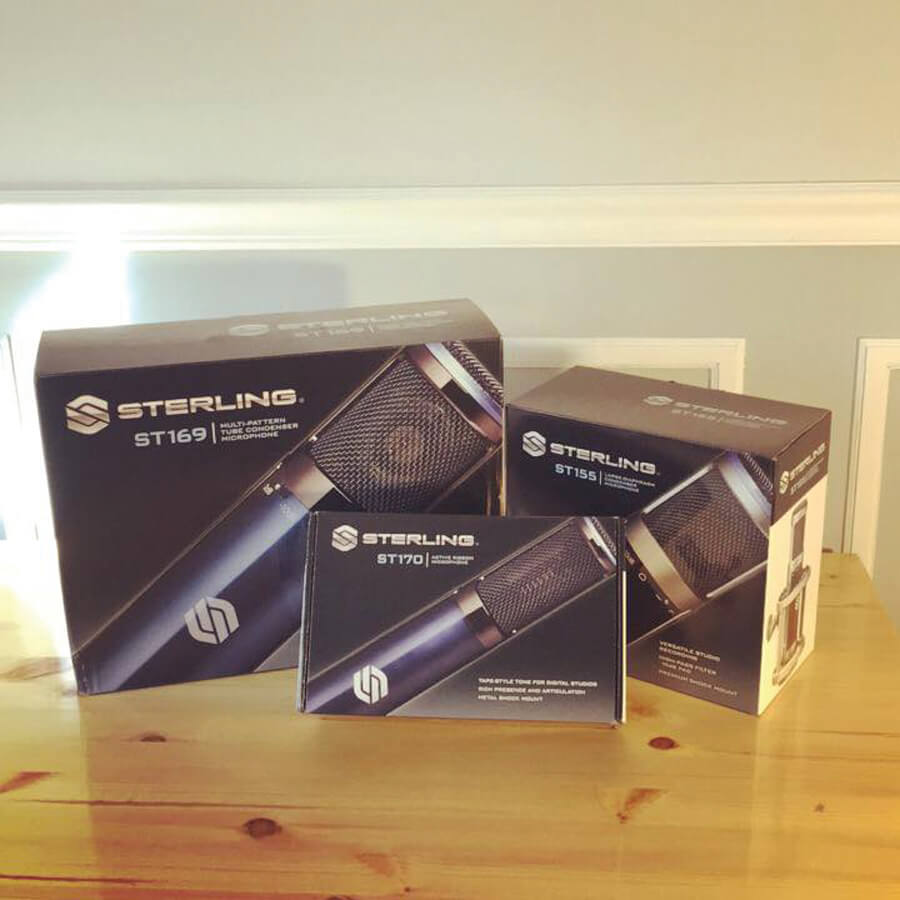