I’ve got to say, Casio’s been quietly killing it lately. Like, a little too quietly. So, we decided to say something with two writeups in this issue (yes, we realize that this is the online version and referring to an ‘issue’ might be confusing).

Here we’re looking at a $200 keyboard called the Casiotone CT-S1 (yeah, the name’s not great and we’ve had to keep looking it up to make sure we were getting it right during our review period).  Naming conventions aside, what does it do?

Well, one thing it doesn’t do is god-awful mini keys, thankfully. You get a nice 5-octave keybed, and a slew of classic sounds via the AiX Sound Source tech. If you dig the classic sound of old Casio keyboards, you’ve got them on-board here. It’s actually quite a trip to go back in time and recreate some of these tones from childhood. Better still, you’ve got pretty decent built-in speakers to hear them all on. We’ve been bummed out in the past with some keyboard speakers (the only recent ones we even half-way enjoyed were on the Yamaha reface lineup) so this was a pleasant change-up.

If old Casio synth beeps and boops aren’t your thing, there are some pretty faithful piano, electric pianos and more on tap, as well. So, for the price, you get a nice big keyboard, a range of useable sounds, a dead-simple UI to play around with (buttons, REAL buttons and no menu-diving, hooray!), a snazzy colored case, built in metronome, MIDI recording so you can playback your compositions and FULL POLYPHONY! My portable reface CS can only do 8 voices, jeez. 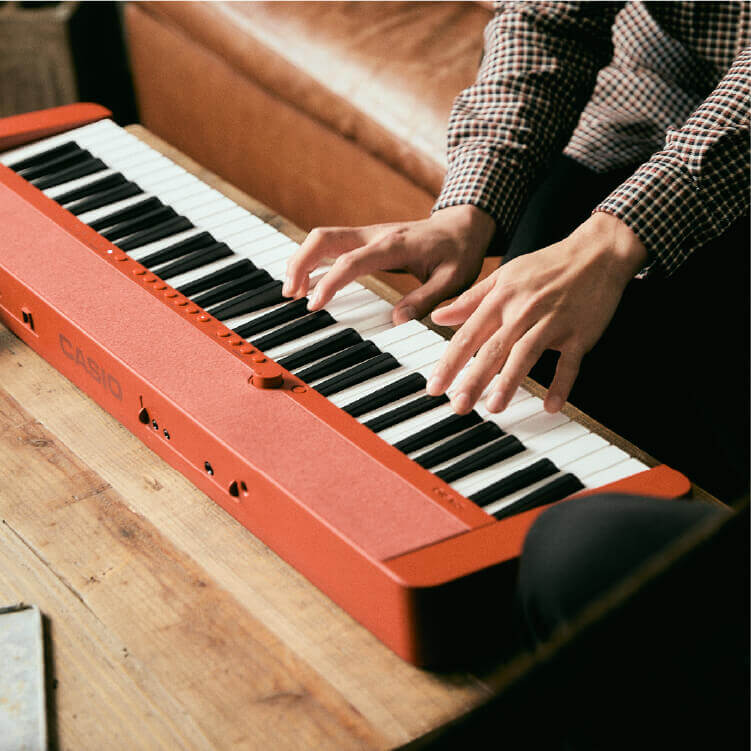 Do you see why we’ve been saying folks are sleeping on Casio? Don’t let the name fool you, this is a cool keyboard, and since it won’t break the bank, it definitely makes sense as a first instrument, or just to have handy in the rehearsal space or home studio. For this price, it’s almost silly not to. There’s even built-in fx, for crying out loud. Come to think of it, we may have spent more money on a less convincing Rhodes plug-in a while back, when we could have just waited and bought this instead.

somewhat cheap feeling but not bad for the price