Curious Possibilities: The Ins and Outs of Running a Tape Label in 2015

WHY ON EARTH WOULD I DO THIS?

When I consider the decisions I’ve made in my life, I often think of that playful hypothetical question: “What would you do if you had X amount of dollars?” A few years ago, the online store I run became subject to the whims of the Internet and more-or-less went viral for a week. To most people, the money I made from it probably wouldn’t be seen as much. But for me, a person who lived check-to-check, it seemed like a fortune. I could have taken a trip, gotten a better bike, or fixed my car, but instead I started a tape label.

As with many tape lovers, there’s an aspect of nostalgia that draws me to the medium. Most of my earliest emotional connections to music happened via cassette. The tape of Paul Simon’s Graceland that would flip endlessly on my family’s road trips. The soul mixtapes we’d dance to in the kitchen. The tape of Guided By Voices’ Bee Thousand my uncle bought, giving me my first taste of lo-fi production. The tapes I would use to record the Seattle freeform station while living in the woods of rural Washington. The tape of a local punk band that made me feel like I could start my own band. I’d romanticized the medium long before I ever considered releasing anything.

The label I run is called Antiquated Future Records, an offshoot of the Antiquated Future online store. I started it because I thought I could fill a hole, release things that might otherwise go unreleased. The reclusive genius types, or artists who might want to do a more raw, off-the-cuff album than their normal fare. The label isn’t bound by any genre, just an idea of what “antiquated future” could sound like. If there are elements that could be possibly interpreted as retro, but being done in a very different—potentially futuristic—way, I consider it a good fit. The store is the labor-of-love-turned-business; the tape label remains a labor of love. I make a little money on some tapes, lose a little on some, and break even on most.

Justifying a tape label to others isn’t always easy. With vinyl, the question of its existence in the digital present is easier to reason. Even if a person can’t hear the quality difference between a vinyl record and an mp3, he or she can usually acknowledge that other people can hear it—and wanting something that’s higher quality is typically thought of as admirable. But buying, let alone releasing, a format that’s generally seen as lower quality? To most people, that doesn’t make sense.

Every audio format changes the listening experience in some way. To me each one is interesting and unique, and the medium is a part of the experience. Some music is more inclined toward the inherent grit of cassettes—it’s why you find so many tape labels that release experimental or lo-fi music—but personally I like the quality the medium lends to any recording.

I also like to think of tapes as slightly more egalitarian than other formats. Tapes are affordable, small, sturdy, and don’t require expensive equipment to play—they function as a unique physical art object without the fragility or financial burden of vinyl. And if you include a digital download code with them, as my label and many other tape labels do, they can be both physical object and a means of transmitting the more “practical” digital files. 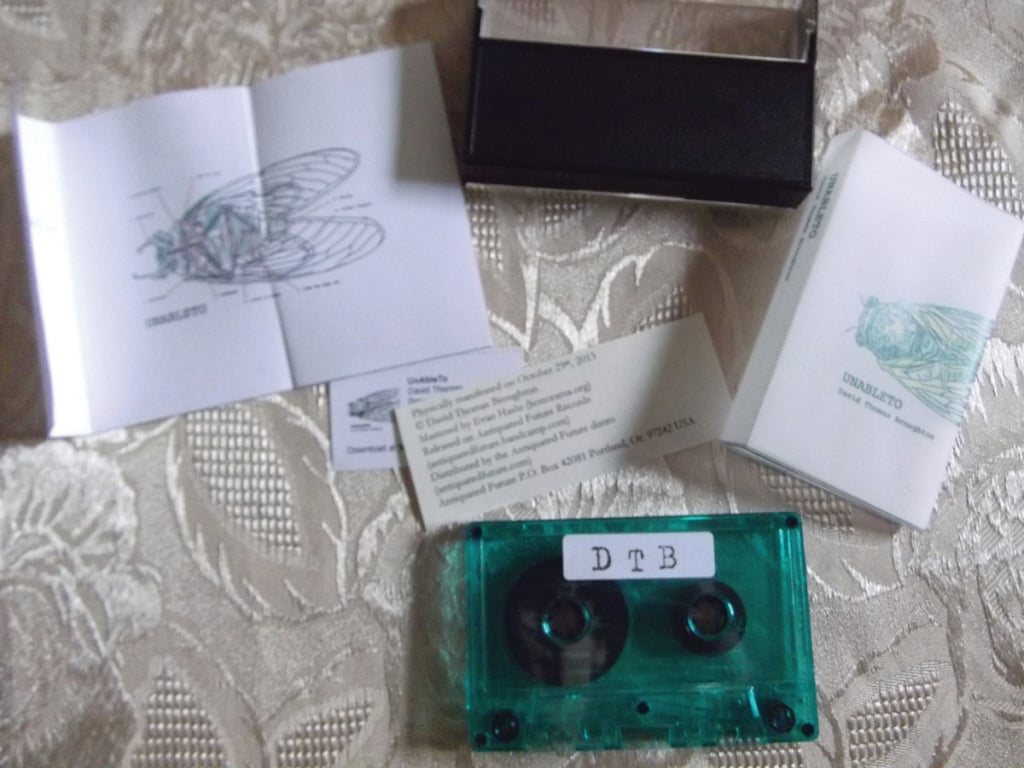 THE MATERIALS AND COSTS INVOLVED

Anyone with the passion, some friends that make sounds, and a couple hundred dollars can start their own label. Many people get their tapes dubbed through National Audio Company (NAC), a long-running tape manufacturer and duplicating company. 100 copies of a tape through NAC—with cases, j-cards, and some words imprinted on the cassette—will run you around $200. You just need to allow a month turnaround and know you’re dealing with a giant company (one that, according to their website, loads over two million miles of cassette tape each year), and it’s not going to be an especially personal experience.

If you invest in some dubbing machines yourself (usually a couple hundred dollars used for good quality ones), or find someone who dubs tapes as a side business, you can lower your costs a lot. Buy some bulk tapes (which you can get at any length from 1 to 94 minutes) and cases from a company like Delta Media, buy some blank labels from the office supply store, and print some j-cards at your local copy shop. Like most things, it’s a situation where you’re trading money for time (you want it cheap? you have to do some work), but if this sounds fun and you plan on making a lot of tapes, buying your own machines can be a good investment.

While it’s true that many music blogs and magazines don’t accept cassettes for review consideration [editor’s note – Performer happily accepts tapes!] and most radio stations still prefer CDs, there are also sites like Cassette Gods that only review tapes and the Tabs Out Cassette Podcast that, yes, only plays tapes. And since many music review sites don’t even accept physical submissions anymore, it isn’t as limiting as it might initially seem.

When I started the online store seven years ago, CDs were our bestselling music format. Tapes and vinyl did about the same. But now, in 2015, at a store whose main clientele reads zines and in some way participates in DIY culture, CDs barely sell at all. But we sell many hundreds of tapes every year. LPs sell somewhere in the middle, but tapes are king. When we table at events, I talk to people young enough to not have their judgment clouded by nostalgia, but who are none-the-less pulled toward the format. And I see more and more people being curious about the great many possibilities that a cassette can contain.

Joshua James Amberson is a writer based in Portland, Oregon. He’s the author the critically-acclaimed zines Basic Paper Airplane and The Prince Zine. The former co-chairman of the non-profit publishing company S.S.O. Press, he currently runs Antiquated Future Records. For more visit antiquatedfuture.com.