Bands, Here Are 3 Reasons Sync Reps Are Ignoring Your Tracks 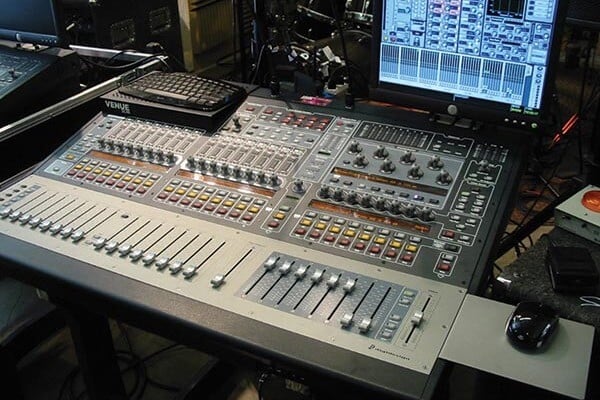 If you’ve been trying to get Master/Sync licenses (Syncs) for your music to be used in advertising, games, movies, etc., you’ve probably been dealing with a Sync Rep. If you’re unfamiliar with how this process works, basically a rep is the person who is tasked with finding, vetting, and presenting tracks to review for a client. There is normally a brief, or deal memo, outlining what kind of track is needed, what the usage will be, and an overview of payout, etc., and most reps have a network of writers, publishers, and producers they reach out to for submissions to fill these needs.

Simple enough, right? You get an email asking for a certain kind of track and you submit, but you’ve heard nothing back. Even after twenty of these “call-outs,” you still have not executed a license with this Sync rep.

What’s the deal? Why not? Is your music not good enough?

Well, it’s not that cut and dry.

The fact is this: most licensing deals come down to some mysterious alignment of the universe where the track (or more likely, the edit) is perfect, the timing of the pitch is perfect, the pricing is right, and the client is in a good mood.  Yes, you read that correctly, it’s basically luck plus opportunity, not hard work or persistence. So, if the deals aren’t happening for you, do not necessarily take it personally; it’s probably just the luck of the draw. I know that’s hard to accept, but in most cases it’s true.

The only way to win at the licensing game is to constantly be in the flow of pitches. Often a track that is pitched for one project gets used for another. This is just as true for major publishers and labels as it is for independents, with one caveat; most majors are consistently pitching brand new music every time, unless specifically asked for back catalog. It’s hard for independents to keep up with that level of production, but as long as you understand that, it may help you avoid some of the pitfalls.

However, in some cases, you are being shut out of the process, and you probably don’t know why. So, I’m going to break the silence, and share with you some reasons why your submissions might be getting completely ignored.

While avoiding these submission mistakes may not guarantee you more placements, it will definitely ensure you have a better chance with every Sync Rep.

I know, your EP from 2007 was killer, and that last track should’ve been a worldwide hit. But, it sounds dated. It is so rare that a catalog track will make the cut against recent releases. It may have been the way it was mixed, the plug-ins used, or maybe the mastering. Of course, there are pitches where older tracks fit the brief for the feeling or time, and in those cases, it’s absolutely appropriate. But, if you are always pitching old material for each new brief, reps will eventually realize you are not producing new music, and it’s not worth the time to hear these ones over and over.  Try to pitch stuff that is two years old or newer.

Never, ever, ever, ever, ever, do this. Are we clear? Never. Not once. There are a lot of  “one-stop” agents who are trying to work other writers’ catalogs, great, but do not spam me with unknown work. There are also some small pubs that think this is their “one shot” to impress a rep. They are dead wrong. If you send more tracks than you were asked for, or tracks outside the scope of the pitch, or unsolicited links “for later listening,” I promise you, I will never pitch you again.

This is the worst – seriously – the absolute worst. What, did you think I placed your track and simply forgot to tell you? I understand a quick email to make sure everything is fine with the submission, I do. But, let me be brutally honest, more than one or two contacts is your death knell in this game. It signals to me that you are a bothersome person, desperate, unprofessional, and certainly don’t respect my time. Trust me, the people who get placed, we talk all the time.

This is not a definitive list obviously, just the Top 3. It’s assumed that you have correct file naming, metadata, PRO info, separate instrumentals and vox tracks, and so on.

So, from now on, instead of emailing to check in, trying to pitch old or “other” tracks, use that time to produce a new track, and your chances for placements will be much better.