How Much Liability Insurance Does My Band Need? 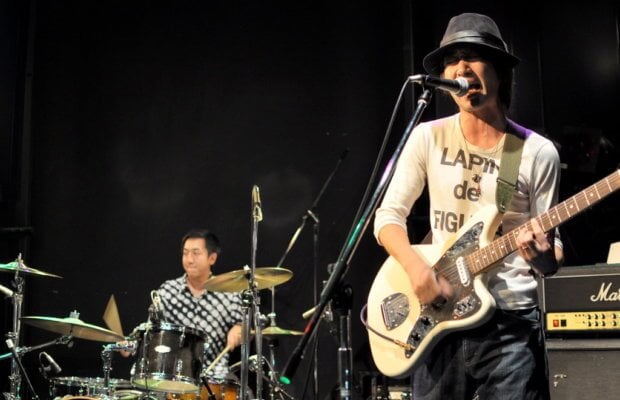 We’ve spoken at length about liability insurance for live bands, especially touring bands and those performing at large outdoor events like festivals, fairs and the like. A while back we discussed, specifically, how much liability insurance a policy would typically cover when it came to the realm of entertainer insurance. A lot of our readers were surprised by the dollar amounts we were throwing around.

After all, if I’m just in a local band who performs at reasonable-sized venues, how much damage could I really cause in a given night? Well, that’s the rub. Probably a lot more than you might realize, especially when you factor in that liability insurance for bands and other live performers doesn’t just cover physical property damage or destruction your act might be found liable for. It may also cover bodily injury, harm and, as unthinkable as it may seem, even death resulting from actions, inactions, negligence and other circumstances surrounding a live event or performance.

For damage to property and equipment resulting from your actions, you could be talking anywhere from a few hundred dollars to make the affected party whole again, to several thousand dollars, depending on the severity of the event and damage. But when it comes to another human being’s health and safety, expect those numbers to grow exponentially if you’re found at fault for injuries.

HOW MUCH LIABILITY INSURANCE ARE WE TALKING, HERE?

This is precisely what sparked so many questions in one of our previous articles. In that piece, which you can read here, we said the following:

“The policy ‘limit’ is the dollar amount of protection you purchase to cover future claims. For example, you may choose to buy a policy that offers a $2 million occurrence limit with a $5 million aggregate limit.  This means that your limit for an individual incident is $2 million with a total limit of $5 million for all incidents occurring while the policy is in effect.”

Is it outside the realm of possibilities to be responsible for $2 for a single incident? Consider someone injured at your concert, and a claim is filed against you for damages – or worse, a lawsuit ensues. That action or actions could not just point the blame in your direction, but also indicate the types of costs associated with bodily harm, including ambulance fees, hospital fees, medications, after-care costs, therapy, and long-term effects even after the inciting event has taken place.

It should come as no surprise that health care and prescription costs are unmanageable for many people in this country even in the best of times, so throwing an unexpected hospital visit in the mix, along with all that goes along with it, can add up quickly. Wrongful death suits in this country have been settled for millions of dollars, and pain and suffering figures have been known to reach those amounts, as well.

According to Business Insider, hospital stays cost US citizens nearly $385 billion per year, and the average stay can cost well over $10,000 and up. Now, keep in mind, that’s just the hospital stay, and if you are indeed found liable for the injury or injuries in question, it doesn’t necessarily stop there. You could be on the hook for other things you’ve never even considered before, including lost wages due to the injury, and in the above scenario you might only be figuring in one affected party. What if there are multipleinjured parties? Now, that’s where the expenses (and headaches) can REALLY add up quickly.

All of the sudden, six-figure-and-up policies don’t seem so far-fetched, do they? Now, of course we’re talking about the most extreme cases here, and the hope is you’ll never have to find yourself in one of these situations. But wouldn’t you rest easier knowing your insurance policy had you covered in case the unthinkable WERE to occur?

The other thing to keep in mind, aside from the peace of mind you’ll have securing a policy with limits that’ll cover most conceivable scenarios, is that some events or venues may flat-out require their acts to carry their own liability insurance. In those instances, even though you may have considered a certain amount of coverage sufficient, you could be held to the requirements of the promoter in order to perform.

And promoters, at least the good ones, are likely going to be over-cautious when it comes to cover their you-know-whats. So, seeing a large policy limit in a performance contract should no longer come as a shock. It should come as a relief when you obtain the policy, knowing that if the worst-case scenario were to play out, you would have the necessary coverage (even if it were sort of forced upon you).

You’ve heard us repeat it a million times, but to be sure, always check over your policy and ask your provider to answer any questions you may have. They have the answers, trust us. The best policy (no pun intended) is consult a professional whenever you’re in doubt. Stay safe out there and look for more tips in the months ahead.

And in the meantime, check out www.kandkinsurance.com– you may qualify to get a quote or even purchase insurance online.

“渡来宏明 and His Friends”by yoppy is licensed under CC BY 2.0