The Dot Blockchain Music Project & The Future of Music Royalties

Fair Trade Music and the Dot Blockchain Music Project: Benji Rogers on How Virtual Reality & Bitcoin Will Shape the Future of Royalty & Licensing Transparency in the Music Industry (Part 2 of 2)

[editor’s note: We pick up the conversation in part of our series with Benji Rogers (founder of PledgeMusic), outlining Dot Blockchain’s vision for the music industry. Catch up on part one of our coverage of the dot blockchain music project or read about in the May print issue of Performer Magazine.]

Concerning the ledger and transparency: Some music sales are meant to be private – partial interest catalog purchases, and partnership licenses, co-pubs, etc. How would those be handled?

This is what I meant [earlier] by under-the-table versus what is open above it. This architecture will allow for a nested permission system, you do not have to post the deals. Or, you could choose to do so, and set market rates, or averages. But mostly, the transparency comes in when those who interact with licensing of music need to know the correct parties to pay. You know as a music publisher and licensor that is the absolute hardest part right now about the business. Getting transparent, correct, and up to date information. I believe this is the definition of Fair Trade Music, as well. If a large company or service decides to not use .bc in their system, they are, in effect, saying “we don’t know (purposefully choosing not to know) who we need to pay or report to.” This fixes that.

How does Dot Blockchain improve security?

Interestingly, this is not just a repository of files in one place. What we have created is a cultural repository. Not just the files, but also all of the information around them. Permissioned songs and the obligations behind it. You can’t serve a song without that; it’s powerful. Right now, there is nothing to stop anyone from doing Ctrl-I in iTunes and completely changing file information, then uploading to a DSP. It’s ridiculous, there’s no trace or record of change. In this system, if a bad actor tried to register a song they don’t have ownership interest in, it will be transparent to the pub and the PRO, and the licensing community will all know that you did that for eternity. The record would reflect that. That would be in the permission tree.

Errors happen, though, and I imagine many will be made as new users do this. Is there a way to make these records cleaner?

Exactly right. But in the past we’d be stuck with bad information forever. With this system, it can be fixed right away. For instance, if we write a song together and I claim 75% the first time that the .bc gets compiled, you’d come back and say it should be 50/50, we can amend it, but the first bit would always be there as a transactional record.  You could look at a queuing system, where if I claimed over a percentage, then another publisher could amend it or approve it before it was served as a full-permissioned song. The biggest part of that is making sure there are transparent permissions to review. We can always change percentages or additional owners.

Let’s get into Virtual Reality (VR) and Augmented Reality (AR). You’ve mentioned this is a real opportunity for music, if (and it’s a big “if”) it takes off.

Well, as with any new medium, who knows if it will really work, right? But we’re seeing estimates of a $50-150 billion market. What we do know is that companies like Oculus, Google, Microsoft, etc. are all pouring tons of money into developing VR and AR. I do think we are about to see the world’s largest deployment of a new format since discs, and there is no standard or format for this new technology. By format, I mean there is no “.vr” that encompasses video and audio. It’s a mash-up of multiple codec/formats like .mov and .mp4, and the audio is currently .acc or .mp3 – obviously not a best fit for this new technology.

So, we in the music industry have a moment here to play an active role in directing this new industry in what format we want them to use. And so much of the work is around the “video/visual” side, and so there is, at the present time, a singular moment in the cycle of technology to create and adopt a fair trade format and roll it out through VR and AR. Because it’s a brand new medium, we have the chance to create a standard that will be used in other industries, too, and we may not have this chance for another few decades. We want to embrace VR and AR and a partner in this, and we think they will do the same. 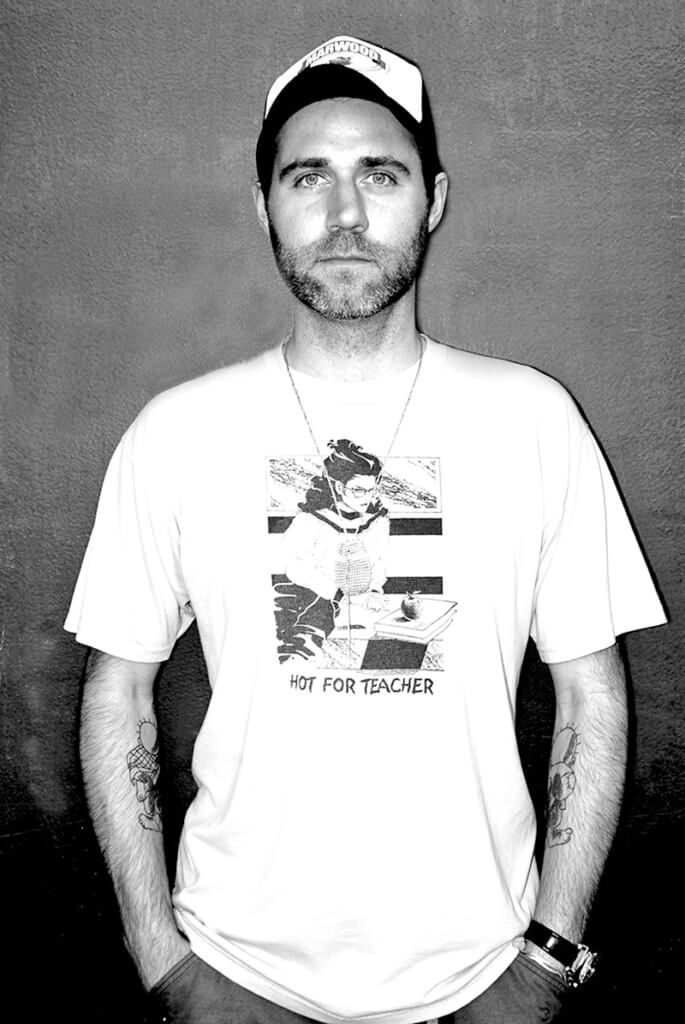 The blockchain is actually a distributed database, so why is that so important for security?

Think about the Library at Alexandria. It was a centralized system that stayed in one place. So, obviously it was at risk of disappearing if it was attacked. And it was. It’s a big reason why I prefer the blockchain to house this. In one sense, you could achieve a big part of this system without the files; we need a repository all in one place. The thing about a distributed system is that key nodes can be attacked, but not every node or the system. In this system if we got to 500,000 or 1,000,000 nodes we could fork the first hundred years, forward compatible. It doesn’t make the past obsolete.

How would .bc play with audio-fingerprinting and tracking? It seems those are tied to other formats (.wav, etc.).

Ideally, we would be able to put as many audio-fingerprinting beacons into to each file. Once the APIs are built, which we are deciding with the MVD (minimum viable data), we might decide which ones to include initially. But the hope is that would eventually be any and all that work well.

What if bitcoin itself as a model fails, will the blockchain survive? Is it married to bitcoin?

Blockchain can exist without bitcoin, however, because everyone participates as a node in the system, if things went wrong, overpowered or failed, everyone could keep redundant backups.

So, the more it’s used the stronger it is?

Exactly. If something goes wrong, you fork it and create a new one. The key to this kind of system is the volume of nodes. We are somewhat blockchain agnostic, but we will choose one; the bitcoin is best production.

The blockchain is a 7-year production hardened engine. It’s withstood issues with coding, and survived attacks, and it’s improving through slowness issues, which means it’s steady. It does have competition, but [they’re] nowhere near as stable. There’s a 6 billion-dollar market cap with bitcoin – bigger than the entire music industry. How ironic?

As the CRB and copyright hearings continue to amend licensing regimes, how can we get .bc into the legislation so that it’s ready to go? For instance, would we need to change language and copyright functions?

Basically, that’s advocating for an existing system vs. a new theory. What I’d like to do show is a system of openness and transparency.  You don’t need a law to see who to pay, and who owns what. That’s half the battle. Currently those laws (which change and are not universal) have not solved these problems, and probably have caused some of them.

GET INVOLVED IN THE DOT BLOCKCHAIN MUSIC PROJECT

Keep an eye out in this space for a future column where we will be actually deploying a piece of music on Dot Blockchain in .bc format. Until then, get involved by visiting dotblockchainmusic.com and help define the beta priorities by taking the survey: https://dotbc.typeform.com/to/a8IqiK