Todd Rundgren’s epic musical career spans nearly half a century. Somehow, the energy that he possesses during his live show remains just as relentless as it always was. Last night at Boston’s Wilbur Theatre, Rundgren’s dusky, psychedelic churn gave way to ambitious backdrops and glowering synths; most of which were controlled by the illustrious Dam Funk. Funk was the perfect master of ceremonies; his slow-jam sumptuousness was bracing as he started off the night crooning “I Wanna Thank You (For Steppin’ Into My Life).” That inevitably eased us into what was sure to be an incredible evening.

The release of his 25th solo album, Global, warranted such a spectacle that a tour bearing the same name had to be cloaked in Rundgren’s signature eclectic energy and theatrical gambits. Utopia classics “Secret Society” and “One World” were ripe with decadence; newer material from Global like “Evrybody,” “Rise,” and “Skyscraper” possessed gigantic melodies that blew away everyone in attendance. The only thing more impressive than Rundgren’s nonsensically catchy lyrics and spaced out imagery was his old-fashioned arena rock catharsis; the 66 year old knows the importance of putting everything into your art and likening age to merely a simple number. 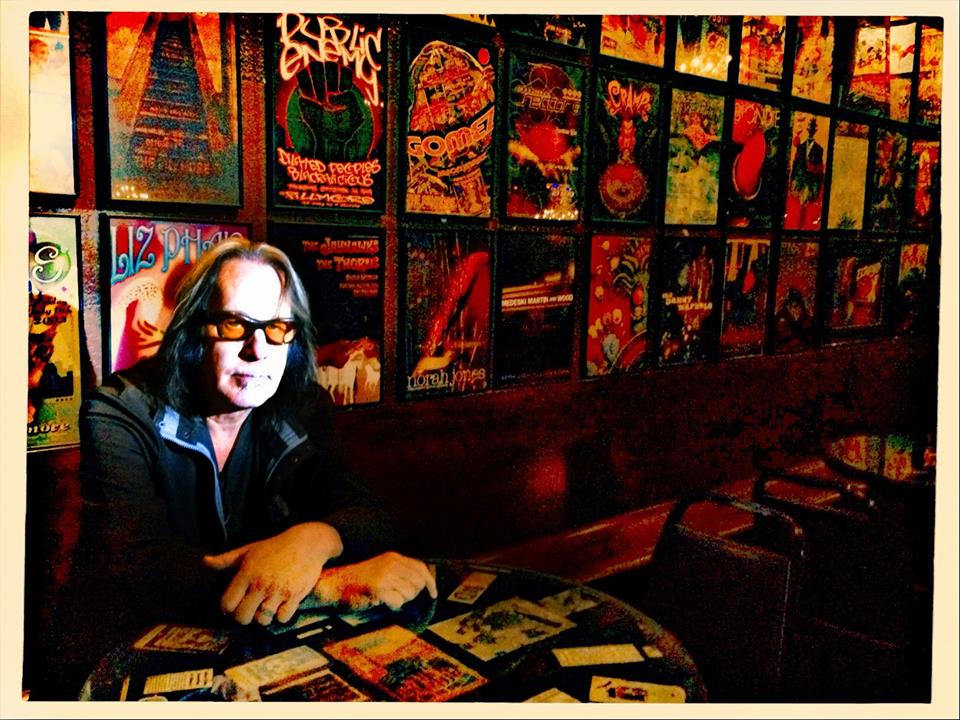 Teaming up with Dam Funk for this tour didn’t only provide us with nearly two hours of sparse swirling trills and production that had glares of high gloss sheen; it allowed Rundgren to fully embrace his musical and lyrical evolution. He could unleash the most vulnerable and saccharine ballad with the same mordant fervor reserved for cranking out grinding acid funk riffs. At a superficial and somewhat critical glance, it would seem that Rundgren is solely interested in reliving the past. Ironically, his sequined clad dancers complete with oversized afros ( and eclipsed by images of disco balls) were an artisanal nod to a time riven with such poignant creativity that it gives credence to the axiom that good music is, in fact, timeless.