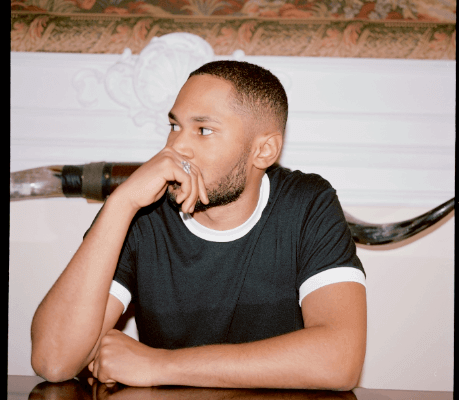 Ka­ytranada’s musical winning streak is as inevitable as it is satisfying; his captivating combination of synth washes and soulful beats has made him audibly irresistible. His debut album, 99.9%, was released in May and erased any preconceived notions that an electronic record could only be pulled off by some over the top party boy persona. Instead, the Montreal producer packs vintage house and hip hop in every inch of 99.9%. But when the 2016 Polaris Prize winner played Boston’s Paradise Rock Club this past Saturday, he effortlessly made his remixes sound like the originals–which only made the crowd even more insatiable in the sold out venue.

As soon as Kaytranada hit the stage–30 minutes later than originally scheduled–the audience couldn’t have been more vibrant. Already infused with an array of hip hop mashups from the evening’s earlier musings, they made sure to give Kaytranada’s long awaited cameo a reception fit for a king. As his set went underway, a screen behind him splayed his name in neon lettering–driving home his unprecedented ownership of the stage. As it flashed images of 90s R&B icons (including Janet Jackson and members of TLC), it also highlighted the psychedelic artwork of 99.9% as well as the video for his 2013 single “At All”. As Kaytranada playfully dabbed and laughed in between songs, his classic remixes enveloped the entire club. From Teedra Moses’ “Be Your Girl” to Missy Elliott’s “Sock It To Me” (and even some Michael Jackson cuts), every song felt highly curated from a man so deeply consumed by his artistry. Even newer songs had an unsung familiarity to them, like the Anderson .Paak accompanied “Glowed Up” and the Vic Mensa banger “Drive Me Crazy.” Kaytranada’s stage presence was twofold. On one hand, he enjoyed soaking up the crowd’s unwavering and frenetic energy. On the other, he relished in being the orchestrator behind it.  Some DJs just know exactly how to generate euphoria within their performance–and thankfully Kaytranada is one of them.