Quick Recap: Chance The Rapper Sells Out Boston’s House of Blues, Proves Age Ain’t Nothing But a Number Chance The Rapper’s greatest asset is difficult to pinpoint when his artistry is as vast and complex as his lyricism. The 22 year old Chicago native basked in his luxuriously unhurried flow to a sold out Boston audience last night on his “Family Matters” Tour and was joined on this circuit by Towkio, D.R.A.M (whose set featured a surprise appearance by Michael Christmas), and Metro Boomin’. Despite their best efforts, the crowd was aching for Chance to inevitably take the stage after what seemed like an eternity. In short, it was a celebratory lap commemorating the hauntingly spaced out genius of Acid Rap, Chance’s 2013 mixtape that led to his mainstream breakthrough and subsequent borderline cult following. While 2015’s Surf displays more groove and musk than previous efforts, the elusiveness of Acid Rap’s bong-swirl odyssey cemented him in stoner rap history.

“Everybody’s Something” was a sumptuous opener; “Baby Blue” and “Lost” possessed the same urgency and absurdity as they did on Acid Rap. Chance’s 10 Day medley (“14,400″/”Prom Night”/”Long Time II”) pleased his most loyal of listeners who have been supportive of his career from the jump. What stood out most about his set wasn’t how quickly he could churn out bars but his ability deviate from a slinky, sly lyricist to a plush, cavernous hip hop artist. “Church” was delivered with the reverence of a man who had an imaginary congregation behind him; when Cousin Stizz popped onstage to perform “No Bells” alongside Chance the mood quickly transformed from ecclesiastical to iniquitous. Chance went on to tease the song “Angels” for the first time ever live and reveal an encore of “Cocoa Butter Kisses” and “Chain Smoker.” As the “Family Matters”  Tour marches on from city to city, fans should expect a plethora of occurences: high energy, weed smoking, and of course, a whole lot of love. 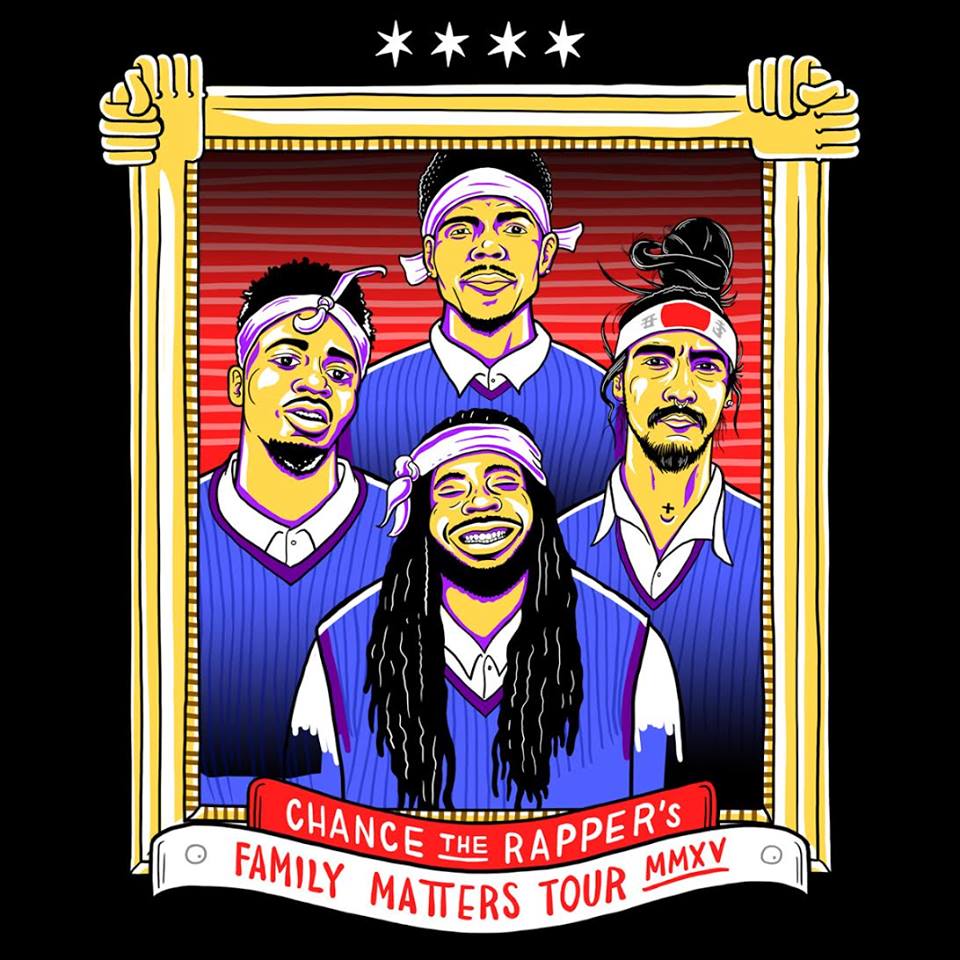