With their 8th studio album F.E.A.R (Face Everything and Rise) due out next week, Papa Roach should be a proverbial ball of nerves. But on this particular rainy afternoon in the back of a tour bus stationed in front of Boston’s House of Blues, drummer Tony Palermo divulges that the fans have been nothing but supportive. He also explains that the origin of their latest creation was the brainchild of frontman Jacoby Shaddix. “That was him geeking out in the studio and writing shit on the walls. He just kept writing [fear] on this big butcher paper and turned it into the acronym ‘face everything and rise.’ That eventually turned into the song and it’s become a worldwide theme for fans. They keep writing in saying the song saved them, which is like the biggest compliment.” Although the demands of touring can be grueling, Palermo still manages to see the forest for the trees. “I was very fortunate to get this gig—to actually be a working drummer. We stay out on the road and people still come to see us, which is amazing. Because of the whole state of the industry, you can’t really count on getting a bunch of revenue from record sales anymore. We need to support our families, but performing is what we like to do.” It’s not long before he reveals how the boys manage not to kill each other in such tight quarters after nearly a decade together (Palermo became Papa Roach’s full time drummer in 2008) . “You can come in and play the songs, but you have to be able to be personable and get along and not be a freaking asshole. That shit poisons camps. I’ve seen it first hand.” Below are some images from their Boston show this past Sunday. Enjoy! 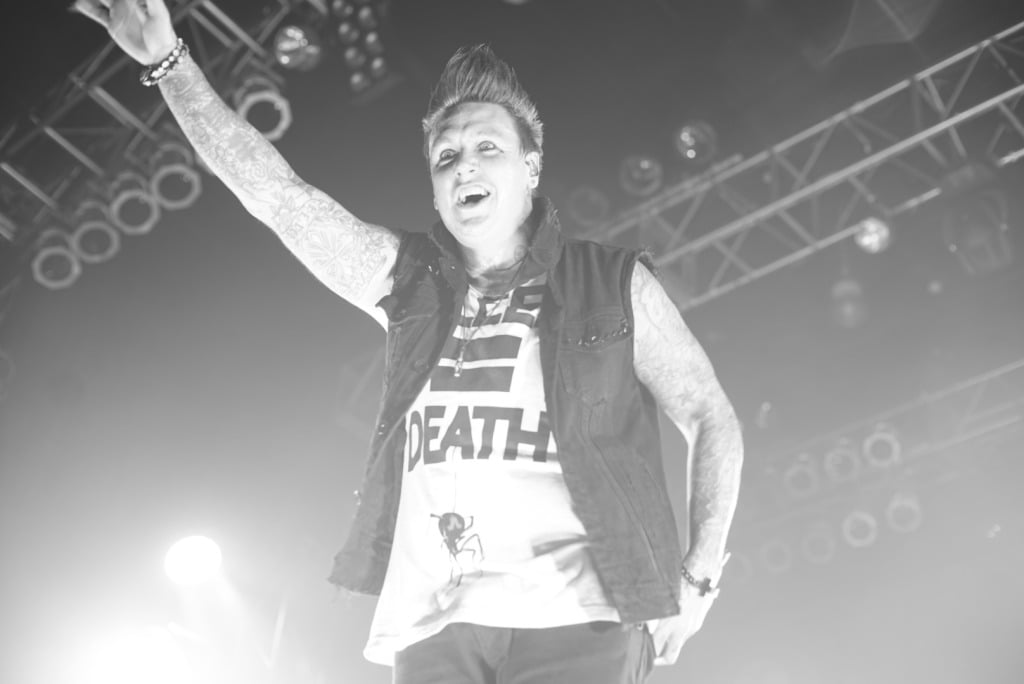