The Griswolds’ Tim John Talks The Making of Be Impressive The Griswolds’ pulsating debut album, Be Impressive, showcases the Australian natives’ ability to be outrageously inventive as well as paint in a number of styles. Tribal rhythms collectively coincide with spines of harmonic distortion, making it the perfect barometer to measure the speed and lunacy of their impending stardom. Bassist Tim John recently spoke to Performer to share the band’s intentions with Be Impressive and what their songs are all about.

PERFORMER: Was titling your debut album Be Impressive a sarcastic and tongue-in-cheek move on your part, or was it done it earnestly?

JOHN: [It was a] bit of both actually. It was basically a mantra during the recording. Before we signed with our label and were just writing songs for the hell of it, we signed with Wind-up Records and we thought: ‘shit this album better be half decent’. Be Impressive can apply to anyone, though.

PERFORMER: Can you describe some of the studio sessions that took place during the recording of Be Impressive?

JOHN: It was intense at the start. We were working with one of our favorite producers, Tony Hoffer. That was daunting, but soon we realized how cool and easygoing he was, so that made us all relax and enjoy the recording. He did push us with lyrics and the structure of the songs, but we know he wanted us to make the best album we could. No studio punch ups or anything.

PERFORMER: In past interviews, [lead singer] Chris [Whitehall] described your debut as a multi-dimensional, growing up record. Can you elaborate on this?

JOHN: It is about growing up, but also about being away from home to make this band work. I don’t think any of us were aware of how much time we’d spend overseas and away from loved ones, so lyrically that’s a big theme. But it’s also just about personal experiences with friends, relationships, usual sappy stuff.

PERFORMER: With all the synths and grooves on BI, would you say your live stage energy matches the tone of the record?

JOHN: We try our best to emulate the sound of the album, [because] that’s what people came to hear. But we definitely bring a new energy to the live show. We’re not really into stripped down versions of songs. Maybe our 20th year reunion tour, we’ll strip down “Beware the Dog” orchestral style or something, when we’re too lazy to jump around the stage like idiots. 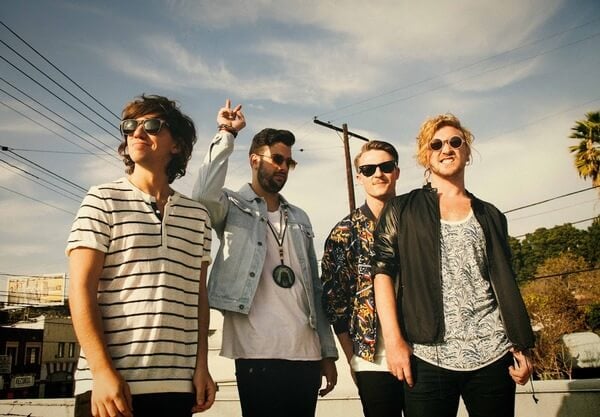