Last night, sultry R&B crooner Maxwell took over the Blue Hills Bank Pavilion in Boston for a memorable night of classic jams. Nothing was off limits: the 41 year old musician delivered hits from his debut album Maxwell’s Urban Hang Suite like “Ascension (Don’t Ever Wonder),” “…Til The Cops Come Knockin,” and “Sumthin’ “Sumthin.” And of course, crowd members didn’t miss a beat–or any lyrics for that matter. 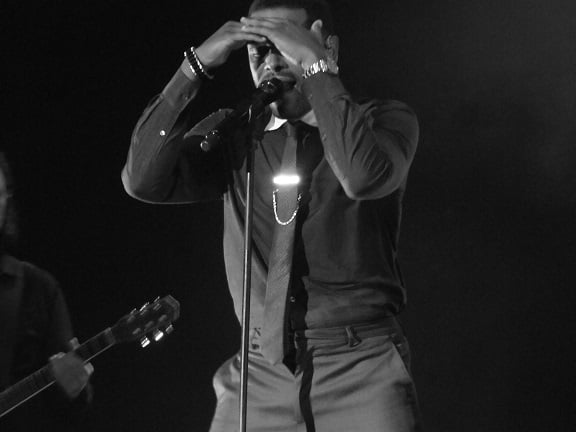 When his sex appeal wasn’t in full force for songs like Alicia-Keys featured duet “Fire in Me” and BLACKsummers’night’s “Fistful of Tears,” his emotions ran high on a harrowing rendition of Kate Bush’s “This Woman’s Work.” He thanked loyal fans for making his life a dream come true, celebrated his modest Brooklyn upbringing, and even shouted out the brave white people in the audience for seeing him live. It is painfully clear that Maxwell only gets better with time.