Garage rock fans rejoice as Miami trio Jacuzzi Boys are set to give us their latest offering, Ping Pong on October 21 via their own label Mag Mag. The band is known for staying true to their happy-go lucky, chaotic garage band sound, and latest album is no exception.

The 12-track record opens with heavily distorted guitars followed by a poppy harmony in “Lucky Blade,” setting the tone from the get-go. The second track “Boys Like Blood” is more lyrically focused and has a bass line reminiscent of early Green Day, giving it a more made-for-radio indie pop sound. 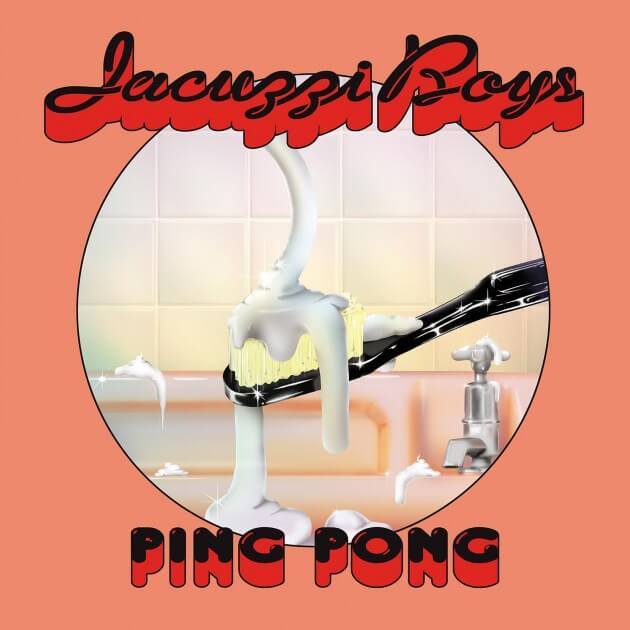 “Refrigeration” stands out as the tempo is turned up, the lyrics get cute, and the first guitar solo is unleashed. This is followed by “Seventeen,” an ode to your care-free teenage years with the the lyrics “Seventeen, what a dream” repeated. This is one of the many pop-focused tracks on the album, armed with a groovy sound and sing-along chorus.

The next few tracks are the meat of the album, not quite standing on their on and all over the place at times. “Easy Motion” is the lightest number on the LP, opening with our first taste of acoustic guitar. This sound doesn’t last long as “New Cross” reverts back to their post-punk roots.

“Zoo” and “Gamma” stand out musically as the most experimental, and their chaotic sound is something Jacuzzi Boys really nail in this album. Ping Pong closes out with “Tip Of My Tongue-Edge Of My Brain,” which has an intricate breakdown and lyrical juxtaposition that is icing on the cake. In an interview with the Miami New Times, singer/guitarist Gabriel Alcala mentioned that:

Overall, Ping Pong takes a big dip into the post-punk revival genre that is electrifying at times and cringingly poppy at others. It’s an album that makes you feel young again. Jacuzzi Boys became known for their wild live shows, and with Ping Pong, they show they can bring that same energy into the studio.