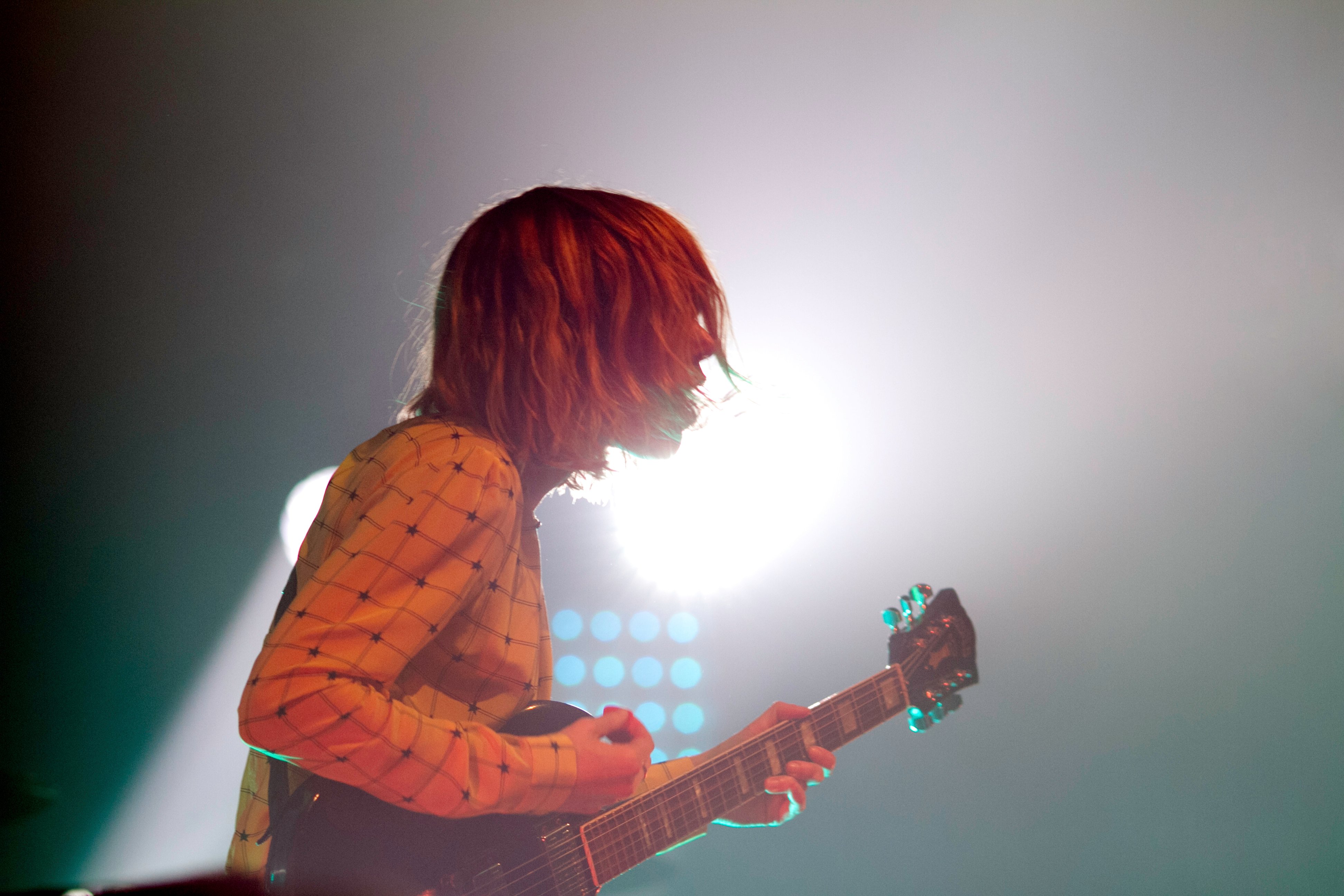 Pounding through over 20 songs, the punkish trio of Corin Tucker (vocals, guitar), Carrie Brownstein (guitar, vocals), and Janet Weiss (drums) proved that Sleater-Kinney must not be forgotten. Their return, almost a decade after disbanding, was a tour de force rather than a trip down nostalgia lane.

Heavy on material from the recently released, No Cities to Love, the set list spanned six albums worth of riotous rock. Relaxed, and with smiles between songs, Tucker belted lyrics punctuated by Brownstein’s guitar, which alternated between subdued and flailing. Centering the band behind the drums, Weiss even added a joking rimshot as the band flubbed “The End of You,” highlighting their joy in returning to stage.

Long sold-out, the House of Blues was awash in rapturous reverence for Sleater-Kinney. This band means so much to so many, and the group received it well with a nonchalant, yet put-together vibe. A backdrop of greyish fabric panels, buffeted by fans for a feathered effect, provided visual texture to Weiss’s kick drum with its simple SK. Brownstein, (mawkish shirt, neatly tucked) and Tucker (party dress, striped) took opposing sides of the stage, with opposing movements: whipped hair over guitar, pendulous hair over bass. And as everyone’s favorite break-up song, “One More Hour,” ended the night, both the band and fans were ready. For more.