Beverly and beyond gathered for a wistful reunion, honoring a decade of Caspian in their hometown. Sure, it is the music that inspired feats of pilgrimage as some traveled from Pittsburgh and California for the show; but it has been the camaraderie of Phil, Erin, Joe, Cal, Jonny, and Jani that sustained Caspian and their fans through 10 years. The Larcom Theatre played perfect host, its tin walls adorned with peacocks and gilded fringe. And even if this was the first ever seated show in Caspian history, few stayed in their seats for more than a brief interlude. At exactly 8pm, and with no announcement, the band took up their instruments and unfurled two-hours of chronologically ordered, post-rock brilliance. 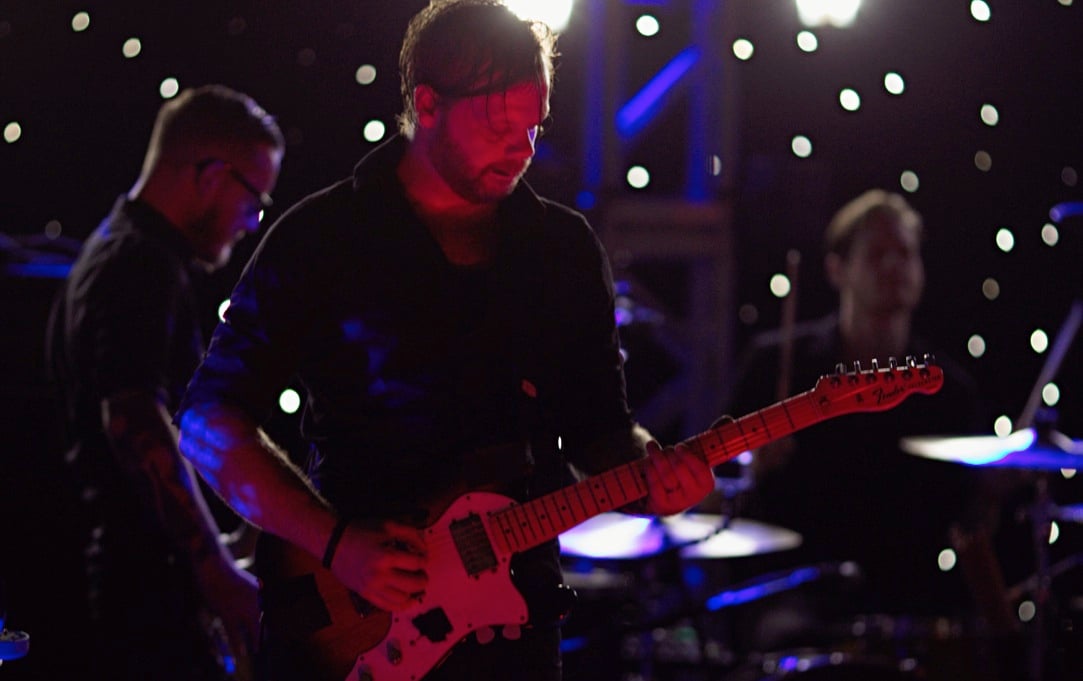 Opening with “Cigarettes,” Caspian structured the set as a timeline, building three-acts that showcased their evolution as a band. The first section ranged from flailing arms and hair on “Quovis,” to the fingerpicking majesty of “ASA.” In another first, the band offered an intermission, permitting quick smokes and drink refills before “Concrescence” summoned the second portion to commence. A trio of songs from Waking Season gave Phil a chance to address the crowd with lyrics (“Gone in Bloom and Bough”), an exhortation to celebrate (“Halls of the Summer”), and to contemplate themes of mortality and existential action by ending “Fire Made Flesh” with Bukowski’s “Roll the Dice.”

As an encore, Caspian played “Hymn for the Greatest Generation.” This was the first time the song had ever been played live, and was made all the more special with four string players as accompaniment. The band took seats alongside the quartet, and offered the song in memory of Chris Friedrich, their bassist who died in 2013. This mingling of joy and pain found metaphoric resonance as the final notes gave way to a new song, signaling a new chapter for Caspian and the decade ahead.