As the Middle East Club is equidistant from Harvard and MIT, the Cambridge venue played perfect host for the Art Rap luminaries of Hellfyre Club. Shepherded by Nocando and Busdriver, this collective of L.A. rappers has phoenix flown from the ashes of Project Blowed as the vanguard for philosophical hip-hop. Don’t write them off as some backpacking crew with heady lyrics; the Hellfyre Club delivered a night filled with delicious conceits and self-deprecating wit. 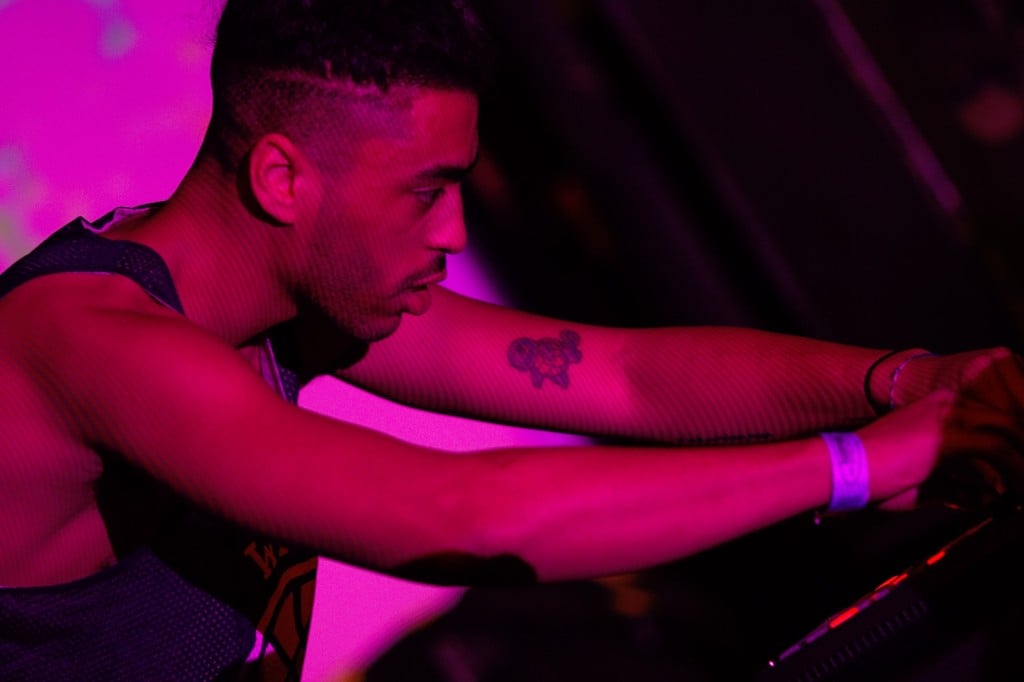 The tour showcased material from last year’s collaboration Dorner vs. Tookie, and delivered live it demonstrated why the album embodies Hellfyre’s ethos. Each MC had ample room to flex, and the packed bill was opened by Milo and Open Mike Eagle. These West Coast transplants captured the crowd in different ways: Milo employed lush backgrounds for stream-of-conscious associations, and Open Mike Eagle punctuated social critiques with a disarming grin. For Milo, this New England stop was a sort of homecoming as there are very few hip-hop shows in his hometown of Saco, Maine. In every corner there was an uncle or friend taking photos, and his parents held down seats behind the merch table. Technical glitches marred the general flow of Milo’s set, but he fought through with humble smiles and “‘Xergiok’s Chagrin,” a incisive cut from his Scallop’s Hotel EP. Open Mike Eagle transitioned the crowd for Busdriver and Nocando, and, unfortunately, for many who found their way to the downstairs club where Kool G Rap was performing. When Open Mike gamely donned a golden crown, folks pushed up close to savor his well-turned phrases. Even with ironic reversals of rap cliches, “They killed Biggie, they killed Pac; They killed Benazir Bhutto,” Open Mike orchestrated a sprightly mood while dropping knowledge. So as Nocando and Busdriver took the stage to end the night, it culminated what their Hellfyre compatriots had started: a return to hip-hop that moves your head while moving your head. Think about it.