Home / New Music and Video / Reviews / Concerts & Festivals / How About Some Rad Photos of Weezer Live in Boston? OK!

How About Some Rad Photos of Weezer Live in Boston? OK!

Ahead of a proper tour in support of their latest album, Everything Will Be Alright in the End, Weezer provided acoustic nostalgia and a guitar-driven rock opera for a faithful few. The intimately crammed corners of The Sinclair in Cambridge welcomed Rivers Cuomo to the stage, alone, strumming the chords to “You Gave Your Love to Me Softly.” One-by-one, song-by-song, the band joined Cuomo, completing their quartet for “El Scorcho” and all of its quirky side squeaks gleefully shouted by the adoring audience.

Through nine songs, the band led an acoustic sing-a-long of 20 years of radio singles, and even the Blue Album rarity (and Mallrats soundtrack fave), “Susanne.” Then, dropping the lights, the band changed into white jump suits, cranked the lights back up, and blasted through Everything Will Be Alright in the End. The album’s narrative arc of daddy issues, forming a band, and finding love were annotated by monitors that flashed lyrics and video clips.

But it was Weezer’s infectious energy that carried the show.

Brian Bell, flowing hair and wry smiles, worked guitar parts that grounded the flailing bass of Scott Shriner, whose left wrist was entombed in a massive cast (see photo). And the steady drums of Pat Wilson did give the impression of cosmic calm, even while seated under the furiously fuzzy beast from the album’s cover.
Perhaps the promise Weezer made on “Eulogy for a Rock Band,” (We’ll never forget the jams you made, Let them fade. It’s time that we laid you in your grave) will come true on subsequent tours. For this night, however, the daringly deconstructed set pushed all the encore emotion up front. Don’t worry; it really was alright. In fact, it was amazing. 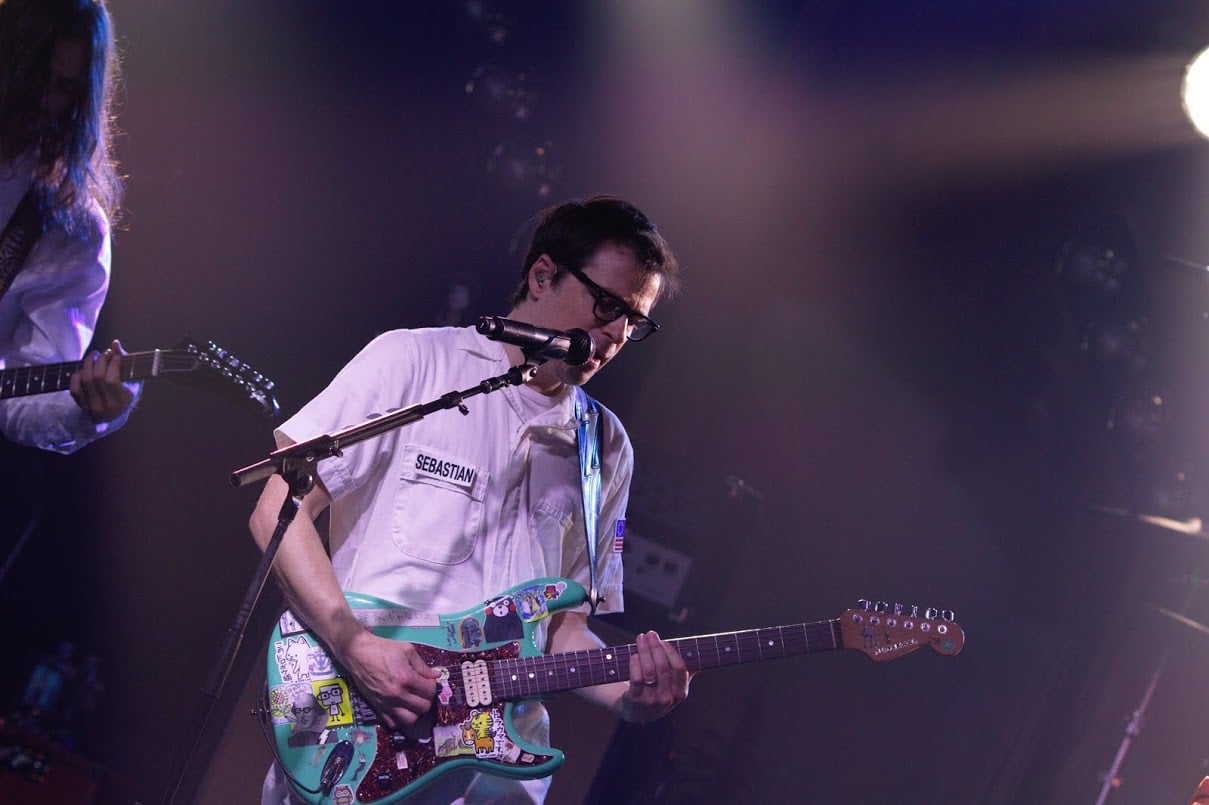