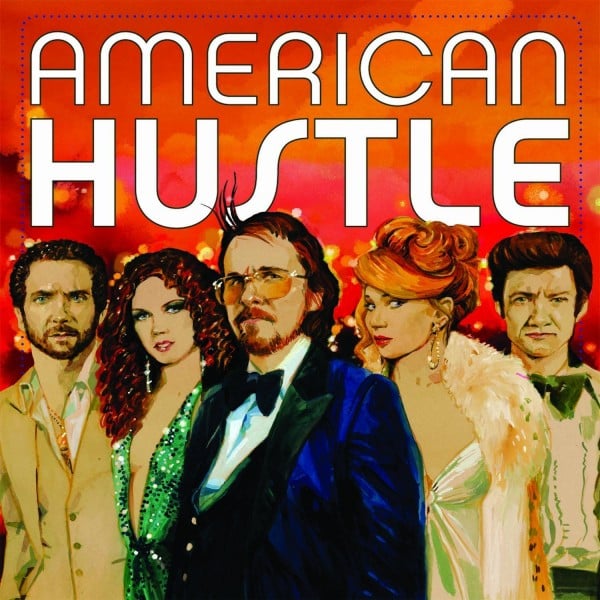 Going shopping on Black Friday? Well, our friends at Record Store Day have organized a heaping helping of new exclusive vinyl releases at your favorite indie retailers. Our top pick is the gorgeous, 2-disc pressing of the American Hustle soundtrack, on blue and red vinyl, housed in a beautiful gatefold sleeve with inner sleeves featuring tons of photos from the movie. The newly commissioned cover is fantastic, and perfectly fitting with the retro vibe of the film. Just don’t put this in your new science oven!

Not only was this our favorite flick last year, but the soundtrack kicks major ass. Better yet, the new 2-disc vinyl set contains six tracks not found on the original CD release. Thankfully, one of these is the mega-rare ELO track “Long Black Road,” which we’ve only ever found on an import release of ELO’s final LP.
If you’re into a mellow gold ’70s vibe, then this was made for you. Of particular note is the quality of the vinyl itself (150 gram), the high quality of the translucent coloring (we’ve seen some piss-poor color jobs lately) and the sound fidelity. The clarity of the Temptations’ “Papa Was a Rollin’ Stone” on vinyl far surpasses our old CD version. The voices and funk undertones blend so well on wax it’s almost spooky. In fact, we’ve yet to stumble across a Columbia re-issue on vinyl that hasn’t exceeded our expectations.

For a major label (not a small specialty label who you’d expect to take great care with their re-issues), we’re pleasantly surprised. We hope the American Hustle soundtrack will lead to future special edition re-issues (keep that colored vinyl coming, please!).
Highly recommended.

Side Three
1. Live And Let Die | Wings
2. How Can You Mend A Broken Heart | Bee Gees
3. Goodbye Yellow Brick Road | Elton John
4. Papa Was A Rollin’ Stone | The Temptations*

* Songs not on CD release