Underoath’s Aaron Gillespie Bares All On ‘Out of The Badlands’ If you ask any artist about the pain that comes with passion, they will tell you that true creative introspection goes hand in hand with sacrifice. For Underoath frontman Aaron Gillespie, that sacrifice is usually his voice. During our phone interview last week, he confesses that he is currently on vocal rest. “I’ve had one day off from singing in two and a half weeks, which can be too much. I’m a resilient son of a bitch so I get sick about only once a year and it’s always, always, always bronchitis.” He mires in this statement long enough to reveal his true disgust by it. “Bronchitis every fucking time.” This setback seems miniscule, however, when juxtaposed against the emotional weight of his latest solo album, Out of The Badlands, released earlier this year.

The singer navigates life changing events like divorce and the onset of fatherhood with unprecedented amounts of dignity and grace. Gillespie’s self-awareness and candidness is just as lucid and pastoral as his voice is. “This personal place of writing is where I want to be and it’s always been such a natural thing for me. People try to heal by doing whatever they do–sports, heroin, whatever. But what makes the songwriting process so much easier for me is it being so intimate–you can be as tongue in cheek as you can be in a moment.” His honesty on Badlands is harrowing yet accompanied by storytelling that is nothing short of poignant. “Raspberry Layer Cake” and “I Can’t Make You Love Me” slowly oscillate devastating hopelessness; “Where The Streets Have No Name” and “The Fox” are compelling in their sentimental knottiness. The record also includes acoustic Underoath covers of “A Boy Brushed Red…Living in Black and White” and “Reinventing Your Exit.” 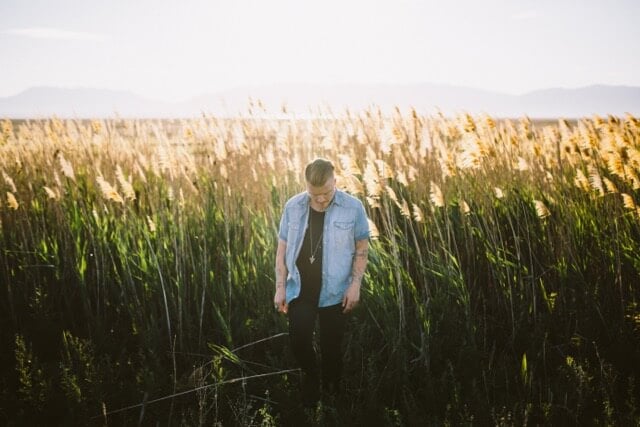 Gillespie insists that sincerity is at the heart of everything he does. “I make music and it’s not really this calculating move–I just do things the way I need to do them. Everyone faces pressure in one way or another and it can totally ruin you. But I just thrive off that shit. And I sort of like it–I just make the records and see what comes out in the wash.” Although Gillespie’s lifestyle is as unpredictable as it is fleeting, he knows the importance living in the moment. “Most of my life has been in the rock and roll world, so my reality is buses and airplanes and madness. It’s easy to think ‘what am I doing here?’ But I just focus on the now and not about what the next thing is. That’s dangerous as an artist, as a person, and as a man. You just got to put your head down and make the art.”