RECORDS THAT CHANGED MY LIFE with Junior Astronomers 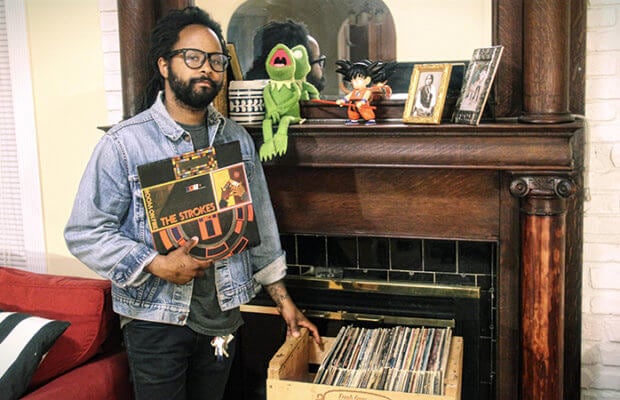 Terrence Richard from Junior Astronomers shares the records that shaped his early days as a musician. Have a listen below, and read a bit more about each of his selections.

Hello! I’m Terrence Richard of Junior Astronomers from Charlotte, NC. Music has been a part of my life since I was born. My mother sang and my father played keys and DJ’ed. I decided I wanted to play music when I saw our current guitar player at a battle of the bands when I was in 9th grade. At the time, I was writing poetry and wanted to find an outlet for my writing so I said, “Why not write lyrics and sing in a band?” Here are some of the records that inspired me to become a musician.

I remember I was in band class in high school and my friend let me listen to this record; I fell in love instantly. I had never been more excited about a modern rock band until I found The Strokes.

I love all their albums, but this one has always spoken to me the most. The combination of guitar songs and electronic songs really intrigued me. Definitely opened me up to a lot more music, too.

This record floored me. The lyrical honesty and vulnerability of every song changed my concept of songwriting. Made me want to write what was real instead of hiding. I can remember where I was when she passed. She had a very sad story.