Emily Wells is an amazingly talented multi-instrumentalist who, even after finding success, decided to go back and re-evaluate her creative process and artistic choices, culminating with the re-recording of her previous LP, Mama, as a newly imagined, haunting acoustic album.

Mama – Acoustic Recordings shows the artist at her most raw, vulnerable state, and should be a lesson to all musicians to constantly question the choices you’re making, and your process as a whole.

We recently spoke with Wells about the decision to deconstruct her entire approach to making music. Let’s delve into the new acoustic record. What drove you, creatively, to revisit songs you recorded fairly recently?

I think…curiosity was the main thing that got me going on this set of recordings. It was in no way meant to become a record. It was just me thinking, ‘What would this sound like played differently, or more quietly? How have my feelings about these experiences changed?’ And also, ‘Do these songs still stand up without a lot of production, things to hide behind?’ There’s no hiding when it’s just me and an acoustic guitar.

I just played an acoustic set yesterday, and I started thinking, ‘What have I done?’ [laughs]. But the same things that make it more vulnerable can make it more powerful for the listener.

What did you learn from this process? 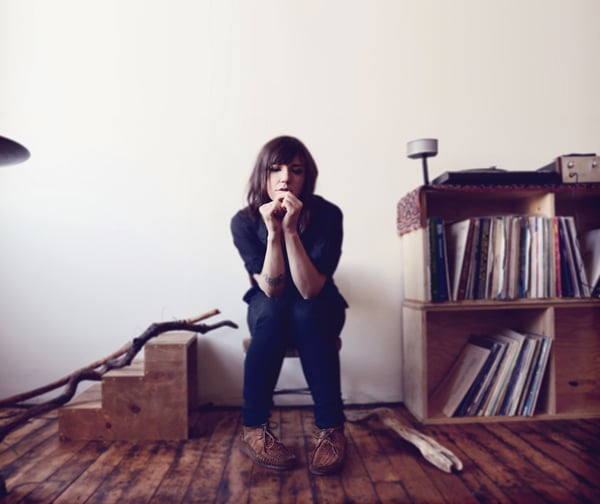 Do you think other artists can learn, as well, from revisiting their own songs later on?

Sure. I think once a song has been experienced by an audience, it grows and changes, especially when you’ve sung it on the road a million times. Once the record comes out, all those things give an impression to the song that you don’t [necessarily] have when you’re writing it. So absolutely, I think it’s an interesting experiment. It’s kind of like a remix, in a way. And I think remixes are very interesting, and I recommend other artists try them out.

From a recording standpoint, how did you approach the re-arrangement of these tunes to a more acoustic setting?

I have a Tascam 388, a tape machine, that I really love, that kind of looks like a giant 8-track reel-to-reel. I used that for both records; however, the first time around I had created samples and loops. I don’t use any MIDI or time-mapping, but I had some samples that I’d record directly into the tape machine, and all the rhythm, bass, all the essential backing tracks were done on tape, as well.  And then, once I was finished with those, I’d send them all into Pro Tools and build [the track] from there. I didn’t really have a lot of limits – I allowed myself to do whatever came to be.

With the acoustic version of Mama, I was incredibly strict, using only the tape machine. I mean, I did eventually bounce it to Pro Tools, but I was more of a purist than I had been with the original record. I was just going off the lyrics to produce it. I only allowed myself a guitar, vocals and a spring reverb – no digital effects, no nothing. Why do you still choose to record to tape?

There’s a sound difference, a sonic difference, to me. It’s warmer, and it captures the sound of the drums in a way I prefer. And I actually like the way my voice sounds better on tape. But it’s not just sound, it’s also approach. I believe that limitations are really important in any creative process. But recording, in particular, with limitations you’re forced to do something in one take, or a straight take all the way through that you might have just overdubbed [otherwise]. You have to experience the song as you’re recording it. If you have the tricks, it’s hard not to use them sometimes.

So you embrace limitations as creative challenges.

You also changed up the track sequencing for the new version of Mama. What was the reasoning behind that?

The original record was sequenced chronologically, based on when the songs were written. I was really struggling with how to sequence it, and I actually ended up cutting about six songs from it. So what I initially envisioned was changing, and I loved it as a story, even though the listener wouldn’t necessarily understand it as much as I would. With the new version of the album, throwing in ‘Los Angeles,’ the new song, I wanted that to be the third song right away. I have a theory about the third song, because I always seem to love the third song [on a record]. That was my favorite at the time, so it threw a wrench in the original chronological concept when I put it as track three. Plus we are releasing [the acoustic LP] on vinyl, so I really wanted to think more about an A and B-side type of thing, as far as sequencing goes.

Do you think you’ll ever go back and re-interpret other music you’ve recorded?

I re-mix them all two or three times, not for recording purposes, but for live purposes. I guess it’s in my nature to do something along those lines, and maybe that’ll just take different forms over time. But it won’t be, ‘For this record, I’ll go back and do this interpretation…’ or anything like that.

But I think that’s the nature of touring a lot, too, having to keep the songs fresh for myself. 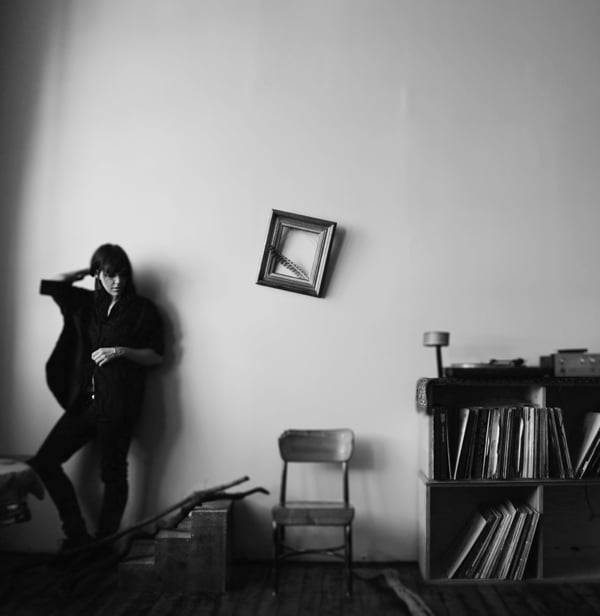 Having done this experiment, do you think you’ll do anything different in the future, as far as your approach to making or writing music?

You know, I have to think they will inform the next record in some way. I have written the next record already. But it’s only in my head at this point. I’ve performed a lot of the songs, but I think having a focus on less production…the songs that I write lend themselves to a simple vocal with backing or just a strong beat and bass line and not a whole lot else going on. But also, I guess, it’s helped me to test out a song and see how it stands on its own, with just an acoustic guitar and me singing it.

It’s a testament to a song if it works acoustically just as well as with production.

To know that the songs are still good on their own must be rewarding.