COVER STORY: Diet Cig On Modern Feminism in Music and Capturing Raw Emotion in Your Art

The female fronted, punk-rock duo, Diet Cig, has a certain tenacity. Their first full-length, Swear I’m Good At This, balances vulnerable lyrics with powerful instrumentals. The raw emotion runs deep throughout the album.

Alex Luciano is on the guitar and vocals and Noah Bowman is on the drums. While the lyrical content comes from Luciano, she gets feedback during the writing process, mainly on the melody of the lyrics.  She chipped away at writing while on tour but a good chunk of the album was melded into full songs when they got into the studio. When they were blending the instrumentals and vocals, they focused on capturing raw emotions. Before they got into the studio, some of the lyrics didn’t have instrumentals yet and vice versa. Luciano and Bowman each share a part of Luciano’s story.  While Luciano’s lyrics form the foundation of the songs, they figured out the structure and fleshed them out together.

For Bowman, the process of recording an album is so fun and so different than performing live. “I love when I can hear the lyrics because it impacts how I can support the phrase that is being pushed out. When it needs to be heavy, it’s heavy; pushed back, it’s pushed back. The energy is contagious; we play off each other- vibe off each other,” says Bowman. Bowman says there’s an organic feeling that he gets that’s hard to vocalize. He feels that drummers are the backbone and he’s trying to help portray Luciano’s story and help her get everything out. Luciano enjoys being in the studio because there are so many different things that they can experiment with that they can’t try during a live performance. Exploring different aspects of how everything can be pieced together is an adventure in itself. Luciano really humanizes musicians by talking about social and cultural norms specifically with regards to parties, sex, sexuality and relationships. From Luciano’s viewpoint, the theme of the album is that “it’s okay to feel your feelings. It’s really powerful to share how your feeling no matter what it is.”

She says that all of the emotions we have are valid and that showing honesty allows other people to relate to those feelings. It’s okay to talk about your emotions, your thoughts on things and situations that you’ve been in. “It’s really radical to share your feelings and support your friends and be empathic and listening and just supporting them,” says Luciano.  Bowman says that working with Luciano has made him more aware of social and cultural issues that are happening in the world. “We give this message and try to break this wall, but yes, we are musicians and we are on stage, but yes, we are still affected by all of this,” he says.

The tracks on the new LP come across as deeply personal situations that Luciano has been in; the album is a reflection on things that have happened in her life. Writing, recording and performing the songs live are cathartic and emotional for her, as well.  “A lot of the songs are about very specific feelings I’ve had and writing them was very emotional. I didn’t just sit down and write,” says Luciano. When she was writing, she was consciously aware of what situation she was trying to recreate and that she had to tap into her emotions; ones that she typically wouldn’t share. “I was writing and tearing up,” says Luciano. Writing “Bath Bomb” was particularly emotional. “I had a rush of emotion. I remember thinking, ‘This song is going to be good because it’s so real.’ I was trying to get to the place where I’m really raw with myself,” she says. The writing process helped her unpack emotions associated with certain experiences. She notes that sometimes it’s harder opening up to yourself than it is to a room full of strangers.

The lyrics are a lot about wanting to scream and Luciano yelling her whole life. In “Tummy Ache” she says, “It’s hard to be a punk while wearing a skirt.” She notes that the skirt she was referring to was both literal and figurative. “As a woman in punk or rock or in the industry, you feel like you have to prove yourself,” says Luciano. She notes that she has “faced many micro aggressions as a woman; even at shows or talking to bands with guys.” The frustration is very real. Bowman notes that they are a powerful female-fronted band. He knows that when they do a kick-ass show some people think otherwise because of this. “There is a lot more power coming out of this than you think,” he says.

Being aware of what she’s up against as a woman in music, she has worked on finding her ‘stage cactus.’ There’s probably a story about how the stage cactus came to be but the short version is that one of Luciano’s friends always brings a cactus on stage; I hope it’s inflatable. Some musicians dress in drag, some wear crazy makeup and some bring cacti on stage with them. Luciano jumps around and has an insane amount of energy. It’s all about finding something to have on stage that makes you feel comfortable so you can be your best self for your fans. Luciano suggests “[finding] a way to set yourself apart and feel comfortable.” 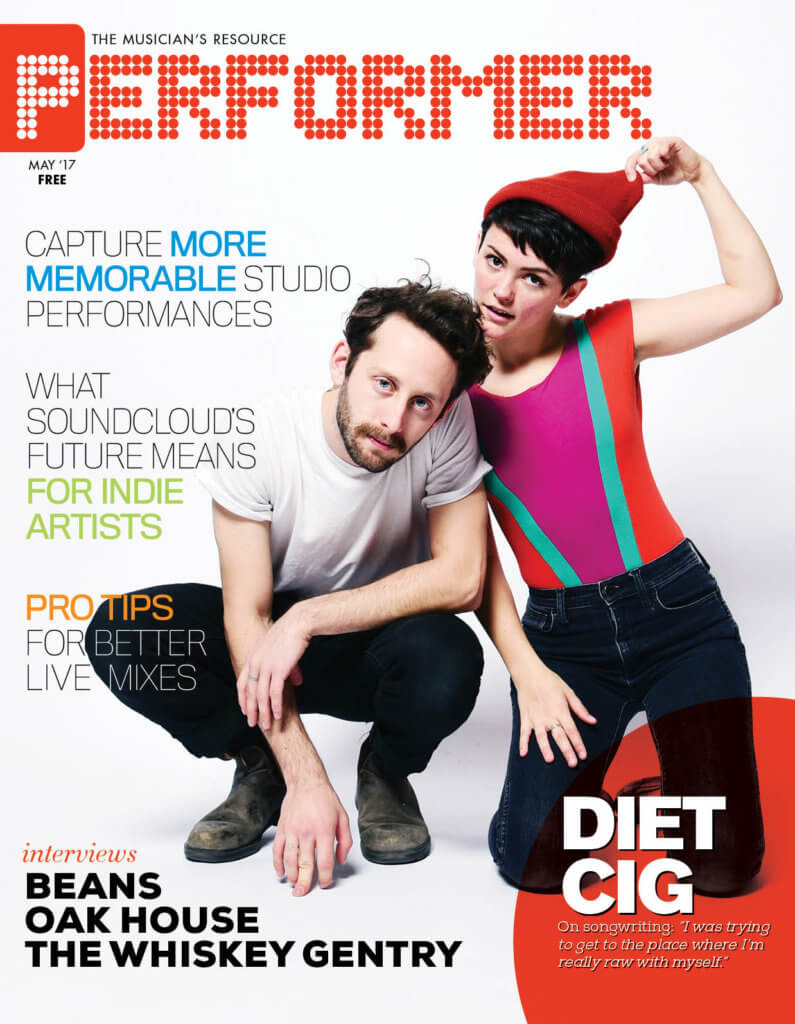 Her advice to new musicians is to fake it to you make it but to keep that mentality to yourself. Don’t let on that you have no idea what you’re doing. “You’re going to play so many bad shows until you play a good one.” In addition to the fact that it’s okay to fail, Bowman notes that you shouldn’t be afraid to fail. If you’re putting yourself out there and doing what you’re passionate about, don’t beat yourself up.

Take a life lesson from him: “Believe in what you’re doing. If you believe it, others will too.”