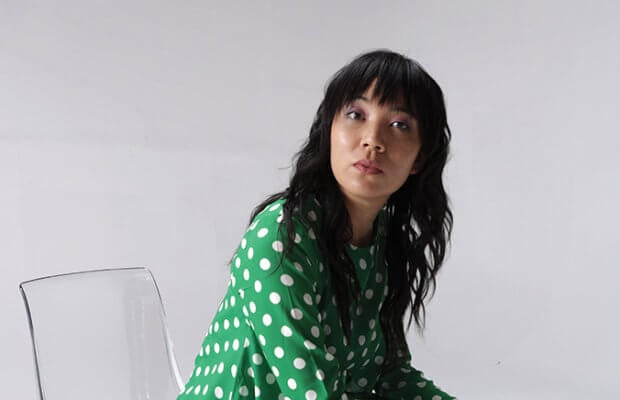 Thao Nguyen On Building Authentic Fan Experiences, and Re-Learning How to Open Up with ‘For The Record’

Thao Nguyen, known for her prolific lyricism, is a solo artist on the cusp of her seventh album, a member of Thao & The Get Down Stay Down, and a frequent collaborator in the music scene. When the pandemic hit, Nguyen decided to take the in-venue experience digital in the form of a Substack newsletter, bringing about a new type of connection between artist and fan. ‘For The Record’ has a healthy batch of new subscribers and counting, showing that in today’s fast-paced, overstimulated world, we’re all just looking to feel more connected. Performer Magazine: You just launched For The Record this March in hopes it could reshape how musicians and audiences connect with one another. Could you expand on this and your initial vision for the publication?

Thao Nguyen: The initial vision was a combination of an attempt to address a few things at hand. … The first thing I wanted to do was find a way to stay in touch with fans and supporters when I couldn’t be on tour. … And having been a touring artist for so long, just one of the most rewarding things about getting to be a musician is to see people and pass through their towns and cities. And the greater issue at hand within the music industry that we’ve been grappling with for awhile now that the pandemic made so stark was the overreliance on touring for recording artists and the really compromised financial reality that the digital marketplace and web-streaming have [brought about], and also how people consume music now.

PM: I was reading the first edition of your newsletter, and you mentioned how Felicity and Sally from the show Felicity communicated purely through audio, and it’s such a pure form of connection. Did you feel like you wanted to bring elements of a more pure sense of connection back in your Substack, and what have you found in other spaces that have been more harmful or just detractive to your own creative abilities or attention?

TN: I was optimistic, but I wasn’t sure how I would be on this platform and in this newsletter format, and it turns out it suits me quite well. And there is a purity of the connection that is quite sweet to me…It’s just a very humane, warm exchange which is what I missed from tour. So that’s been so great to see, that it’s possible to have it in this format, and that’s why I’ve been quite a timid, squeamish platform user, because you don’t want to leave yourself susceptible to the vitriol and that stuff is incredibly hurtful…I don’t know if you can be a woman with any kind of public platform and not be called a cunt on Twitter, then of course racism and misogyny and just deeply thoughtless—not the extent that other people have experienced, but I have made it a point to be very inactive. And it’s just so toxic, you just kind of spiral out because that’s what they want you to do, is to sink in and just keep scrolling…I’m a songwriter, I pedal in emotion, so it’s hard for me to not just be taken out for the day if someone gets in touch and says, “You know, your last record is overproduced.” PM: How has it felt for you to traditionally be more reserved online, but now you have this space where you can openly share your thoughts and vignettes about your own life?

TN: It’s so nice! And it reminds me that I’m not a closed person. I’ve been doing this for 15 years, so you develop different coats of armor, and I think it’s been a disservice to close myself off. Now when I’m recording, I might document some of it and then post it on For The Record at a later time, because I have removed myself from the urgency of stopping the moment to share, and it’s distracting. It takes you out of any kind of momentum you have, which is why I’ve never shared the recording process or clips from the studio or whatever, because I don’t want to be in that space, in that mindset, when I’m trying to work. So, it’s really nice to be able to share, and it’s been a really healthy exercise in being more vulnerable in the process of making music. And it’s beneficial in ways I wasn’t expecting that people send clips of a band they’re into or a link to an artist that they thought I might like. It becomes more of a two-way, symbiotic relationship in a manner that I’d never considered, and it kind of removes the pretense of artists and fans, which I think is very healthy. It’s just people trying to get by and support each other.

PM: You’re going to introduce your fans and readers to your upcoming seventh album. Does this feel exciting or scary, and how do you hope it will allow listeners to connect to your work differently?

TN: My hope is that people will be more invested, because they’ll be able to hear or identify certain elements of a song or lyrics or content that I have shared and alluded to throughout a post. My intention is to be writing and documenting what happens and why it happens. So, my hope is that subscribers will stay with me as I start forming the songs and as I record the music and as I start to tour it, so that we can share the trajectory of the songs. PM: The music landscape changed after this pandemic. What do you think are some of the changes that will be beneficial to the music community, and are any harmful?

TN: Harmful, I’ll go with that first. I don’t know about the survival rate of a lot of independent music venues throughout the country, even with the new federal funding that I believe is coming through. I don’t know if it’s too late in some cases…I don’t know if there will be enough venues to play in when things come back. Beneficial, I think a lot of musicians are taking stock of how to further empower themselves and how to establish and strengthen their direct relationship with their fans. And to acknowledge that no one in the music industry can make money without people who make the music and perform it and tour it. and I think there will be more leverage and power for the creators, and there will be a stronger initiative to rebuild and reimagine, and do it in a more radical way.

PM: As things start to shift and reopen, how do you see yourself using the forum and where do you see it in the future?

TN: My hope is that it travels well and that I would continue it on tour and turn it into a way of documenting tour life and interviewing friends and musicians that I’m on [the road] with and just offer that kind of glimpse and insight…My hope is that For The Record is not seen as just something that I started because I couldn’t tour, but as a real, viable way of a more sustainable relationship between a musician and fans and supporters and people who are interested.