In The Studio With Andrew St. James Not very structured at all. Much like the last release, several songs on this album I recorded demo-style in a variety of bathrooms (including this real raunchy one in a basement of a building in Boston which produced “Nightmares Pt. 17”). But in studio it’s all natural. We build a track like a house or something, one by one, we’ve done it a lot so not too much thought comes before a track is laid down.

We had used it for Doldrums work [editor’s note – ASJ’s previous album]; it being local had much to do with it. That’s Jim’s space [producer Jim Greer], so naturally working with him is best when we’re posted at his spot. Many of my recordings feel very dusty, vintage in a way. We like to mix that with a newer edge to it. We achieve through using a random assortment of vintage gear we’ve accumulated. Or maybe just in the demos (that end up on the album) I only use a single microphone and record in spaces that have their own different room sound. We mix that with some more produced tracks and we get that Andrew St. James Sound.

Almost exactly the same really…these songs and recordings just kind of happen, almost like a stream of consciousness.

We used a bunch of vintage gear. Jim has a room full of random and rare instruments along with the standard guitars and keys. We usually start with acoustic guitar and then build from there. If we think we’re going to make it a little more produced/processed, then we’ll use a click track. Then Jim starts linking up beats and making loops out of drum machines and stuff we record into the microphone. The idea is to be real honest on some songs – just good vocals and representing the lyrics. Other times it should be sonically fresh and different. Mix a little 2014 and beyond into it. I think we achieved that on “Cold War,” “5 Years,” and “Despite All Good Intentions.” We used tablas and weird pocket pianos and things to create atmosphere. Usually the song just keeps asking for stuff and then it’s like, “OK, that’s good.” Then we stop and edit that. We keep it really spontaneous; it’s pretty raw in a way.

This album was all individual tracking, as most of my songs are. We are totally down with the live tracking stuff, we did some of that on Doldrums songs but for this release we stuck it to the Andrew+Jim in one room approach. Ralph Carney (local SF horn guru, uncle of the Black Keys’ Patrick Carney) played sax on “5 Years.” We had the spirit of Mark Foster from Foster the People on this album too; he came by and we worked on another song that might end up coming out sometime later in the year. That was a real special experience, and we put “Despite All Good Intentions” together the next day, channeling him a bit.

Live I just play solo at the moment. So in the studio it’s like having fun and layering songs, which is just the best way to spend time. So I can do anything in the studio, but only solo live for now. Know any bass players???

Choosing which songs were meant for The Shakes. Over the last year or so since Doldrums was finished, and even before it was released, I wrote and recorded demos and studio versions of many songs. Sitting down and weeding them out was very hard. For a good couple of weeks there we thought we were going to release an Elvis Costello-esque 25-song album. And that was after the initial cut! Hmm, at one point we were filming and we ended up having all the lights off, wearing goggles, with a cameraman flashing red and blue psychedelic lights all over us while we pretty much played avant-garde drums and synths. It was like Syd Barrett at 5:00 in the morning or something. That might have been the point we realized we had enough stuff for a record and we were just getting crazy.

Jim and I sit throughout the process listening to mixes. On the last record, at one point we took a break, then just sat for a day and visited each tune fresh, made final tweaks, and we were done. It’s not good to overthink this stuff. Jim will be working on stuff, too – he kind of takes it in the car and is always making little adjustments. He does the mastering himself at the moment.

Gonna be doing some shows around SF to promote, then just playing regionally and anywhere I can. Last year I got out to Boston, NYC, and Nashville for some gigs, so hopefully I’ll be everywhere I can be! 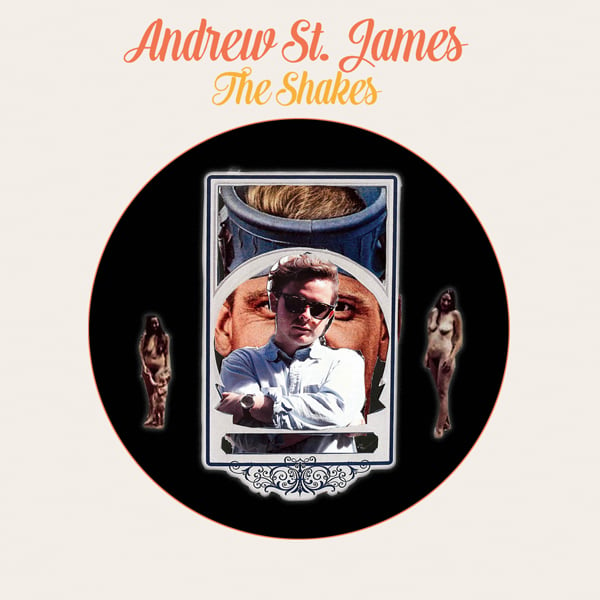