MIDI limiting. No hardware needed—add a constant value to MIDI velocities to create limiting (Fig. 1). After limiting, if needed subtract a constant to set the ceiling. 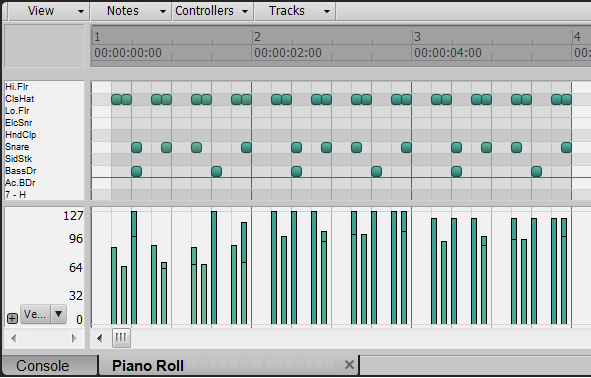 Fig. 1: The 1st measure is the original part, the 2nd  after limiting by adding a constant, the 3rd with a ceiling set to 95% of maximum velocity.

Sometimes DAWs beat MIDI. The MIDI resolution for some Vis may be low enough to create level control “stair-stepping” (a lack of smoothness). A DAW’s level automation won’t do that.

Bass likes space. Real bass players lift their fingers off strings to fret the next note, so don’t butt note-offs up against note-ons—leave some space, so the part breathes more.

MIDI FX for songwriting. Don’t get hung up editing when creating—insert a quantization MIDI effect (Fig. 2) for temporary quantization. Deal with the details later.

Try layer cake. Copy a part, transpose it up or down an octave, then layer it with the original notes to thicken a sound.

The MIDI songstarter. It’s easier to change transposition and tempo changes with MIDI than with audio—great for finding the right vocal range and a comfortable tempo.

Transport your MIDI keyboard. Mapping DAW transport controls to MIDI keys is very convenient when doing overdubs. You don’t really use the top four notes of your 88-note keyboard, right?

The jack of all trades. There’s a footpedal jack on the back of your synthesizer—use it for more expressiveness.

Free the wheel. Vibrato? Bor-ing. Wiggle the pitch wheel with your fingers to create vibrato, which frees the mod wheel to control parameters like sub-octave, tone, morphing between waveforms, etc.

Let it slide. Slide note start times a little ahead or behind the beat to change the “feel” (e.g., sliding a snare slightly later gives a bigger sound; sliding a hi-hat forward drives a song more).

Paint your MIDI. With Cakewalk SONAR, use the MIDI Pattern tool (Fig. 3) to copy and paste entire sections easily.

The audio/MIDI bridge. Melodyne can convert audio parts to MIDI pretty reliably. If you can hum a few bars, you really can fake it.

The percussionator. Not an action hero who plays timpani, but an arpeggiator set to trigger a soundset of percussion instruments mapped across the keys.

Not all software is the same. Look for “special sauce” features in programs like MIDI plug-ins, de-glitch options, special tools, fit data to time, and other useful processes.

Try this—try this—try this. MIDI echo fell out of favor because synths didn’t have enough voices, but now they do: Create interesting polyrhythmic echoes that would be hard to do with audio.

ABOUT THE AUTHOR
Craig Anderton is the Executive Vice President, Evangelist at Gibson. Prior to joining Gibson, Anderton was Editor in Chief of Harmony Central. In a long and distinguished career as musician, author, musicologist and innovator, Anderton has played Carnegie Hall, published over two dozen books, and written thousands of articles.