MY FAVORITE AXE with Juliana Wilson 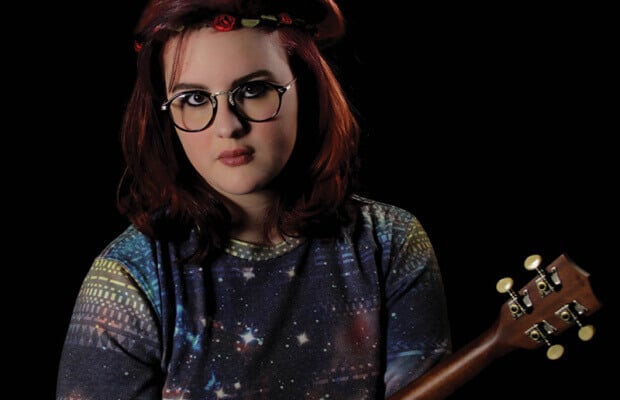 Pinned as “the next big thing” by Girls’ Life Magazine, 13-year-old Juliana Wilson holds an introspective command for knowledge beyond her years. With content unique as it is relatable, Juliana’s visual storytelling sets the scene for any listener by combining universal narratives with conceptual standpoints through every song. Unbridled by pre-conceived notions and in possession of an advanced instinct, the recently introduced Juliana Wilson is an artist whose voice will solely build the path.

It’s pretty special because it’s one-of-a-kind. It’s not like my cello, acoustic guitar, or other ukes that I’ve purchased through stores. It still smells like fresh wood which makes me want to pick it up constantly…and smell it. I have a purple silk ribbon tied in a bow on the headstock; I saw Dodie Clark do something similar, and I thought it looked awesome.

Silky and smooth like a tenor should be. I seem to gravitate towards the way it plays compared to a baritone or my sopranos.

We have ukulele on two songs that I’ve recorded so far on my upcoming album. It can also be heard on my Instagram covers at @julianawilson__