Home / Band Management / The Pros, Cons, and Future of Artificial Intelligence in Music

The Pros, Cons, and Future of Artificial Intelligence in Music 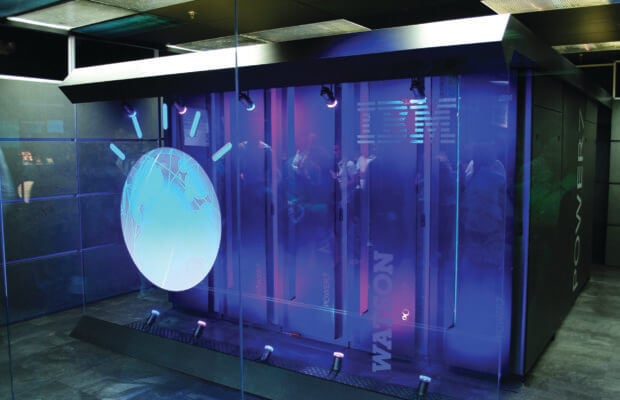 Since American Idol star and YouTube sensation Taryn Southern started composing music with AI in 2017, musicians all over the world have begun wondering about the implications of AI and modern technology where music production is concerned. Technology has long been an important part of the music industry, with artists utilising loop pedals and digital production software. But, if modern AI technology can now produce complete songs, is there a risk that human songwriters will become obsolete? Let’s a closer look at the role of artificial intelligence in music.

What AI Means for Music

It’s reported that Taryn Southern, an active VR/AR evangelist and keen sci-fi advocate, first looked to AI to help create music because she lacked knowledge about music theory. Instead of struggling to write the chords she could hear in her mind, she looked to technology for assistance.

The ability to use computer programming to communicate music is not a new one. The idea of the MIDI format (Musical Instrument Digital Interface) was the brainchild of electronic musicians back in 1981. The initial idea was of a ‘Universal Synthesizer Interface’; a program designed to translate musical data between instruments. Over the years MIDI files have developed into the widely used files that musicians and DJs still use today, to manipulate and translate music as required.

It’s this same computerisation of music that has enabled the use of ‘AI’ – or neural network technology – in the creation of music.

Music generating technology like Amper Music (as was used by Taryn), IBM Watson Beat, and Google Magenta’s NSynth Super, has the ability to read and interpret audio samples or MIDI files to create something new.

For example, a user could tell the software what kind of music they want. They’d input information about a wealth of existing music, and the computer would analyse the data and ‘strategically randomize’ it to produce new pieces of music. The user could then instruct the software to change specific things, thereby teaching it more about the preferred outcome.

This AI technology works using a sort of reinforced learning technique. Once an answer or suggestion has been affirmed, it will remember this and learn from it to produce further pieces of music.

The Role of AI in Music: The Pros and Cons

Using artificial intelligence in the creation of music is perceived by some as a helpful tool and by others as almost ‘the beginning of the end’.

In Taryn’s case, AI software enabled her to communicate melodies and chords that she didn’t know how to put together herself. Taryn asked the computer program to generate music based on her requests in regards to style, and then tweaked it as necessary. It produced a tune, which she then altered to fit with her own lyrics and vocal melodies, editing it as many times as necessary. The end product was therefore a collaborative effort, rather than a piece entirely produced by technology.

Taryn’s story has a distinctly positive feel that highlights the advantages of using AI in music production. For some, this kind of software can be an extremely helpful tool. It can serve as a source of inspiration, and as an ideal jumping off point should a musician be hit with writer’s block.

Conversely to seeing AI as a tool, some musicians consider AI to be hugely detrimental to the music scene. At the moment, because such technology is still so young, the music it’s producing is not necessarily conducive to what we want to hear. In short, it’s not of great quality. This means it can still take hours to develop a ‘good’ song, by which time many would argue that the user may as well have invested the time in creating something themselves. Those who have produced their own music, or even fans of authentic, artistic music, will also argue that a computer could never emulate the work (and human touch) of a true musician.

Music has been an integral part of the story of humankind for millennia; in fact, the first known piece of music is believed to be around 3,400 years old. Songs have long been used as a means of communicating messages and folk stories, encompassing everything from societal ethics to world history.

Because many people see music as such an innately human expression, it is often considered as too precious to impart onto technology. The thought of a computer generating a ‘random’ piece of music that hasn’t been painstakingly created by an artist is almost seen as sacrilegious.

More food for thought is the implications of the law; i.e. who owns the music that the software produces? At the time of writing there are no set rules surrounding this, and in the case of Taryn Southern, it’s reported that the ownership of each piece of music has been determined individually.

There’s also the issue of copyright. Some users of AI music production software will feed the computer existing songs within their instructions, to serve as parameters for the software to use to create a new piece of music. While it won’t produce an exact copy, it could be argued that a significant proportion of the generated song is already owned by another artist or production company.

What does AI mean for the future of music?

Regardless of which side of the argument you fall on, it seems likely that the use of AI in music production will only become more frequent. Our modern world is preoccupied with technological advancements. With Tesla’s self-driving car on the horizon, and the development of AI machines that can beat professionals in games like chess, it seems inevitable that AI and machine learning will increasingly seep into just about all aspects of modern life.

Instead of shying away from the idea of this Black Mirror-esque future, the best approach to take is one of optimism and curiosity. While there are always bound to be diehard old school musicians who refuse to use tech, as there are readers who still refuse the Kindle, music producers should consider AI as something to be embraced.

AI music software is still very much in its infancy, but with more investors interested in the development and outcomes of such technology, and considering the rapid growth rate of other tech advances in recent years, it’s only a matter of time until AI-produced music is seen as the new norm.

The article was produced by Laura Apps on behalf of The DJ Shop, one of the UK’s longest-running DJ equipment retailers. Learn more at https://www.thedjshop.co.uk

main photo by Clockready, used under a Creative Commons 2.0 license.
Like this? Share this!
Facebook
Twitter
Tumblr
Pinterest
Related ItemsHomepage Lead Stories
← Previous Story ASCAP Launches FAQ on Government Stimulus & Relief Package
Next Story → Why You Should Be Thinking About Insurance RIGHT NOW