INSURANCE BASICS: What’s The Difference Between a Claim and a Lawsuit? 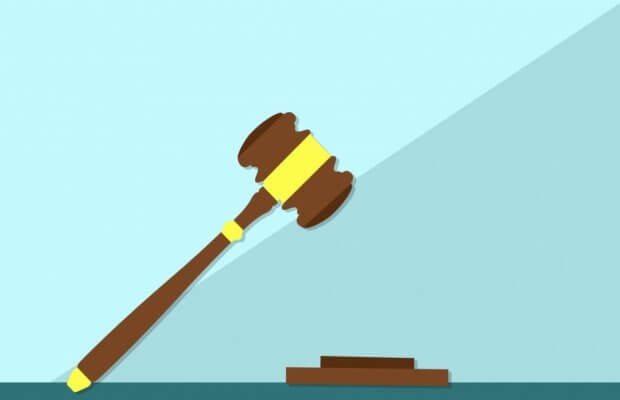 A few months back, we posed a question to our readership, asking if they had any entertainment insurance-related questions that they wanted answered in the pages of Performer. In our last two installments (here and here), we tried to break down a number of insurance terms with examples that any musician could understand. In this installment, we’re tackling a very specific question we received enough times to warrant its own response: what exactly is the difference between an insurance claim and a lawsuit? In both cases, someone’s “claiming” I’m responsible for damages and they want restitution, right? Well, let’s take a look at the basic definitions of each, how they differ, and how they apply to live musicians.

The best place to start is to define “claim” when it comes to the world of entertainment insurance. A claim is basically a request. That’s all, just think of it as someone asking the insurer for payment to make them whole again after a loss. Now, that loss could be property damage, injury, what have you. But a claim is made and then processed by the insurance provider based upon whether they feel the policy they provided covers the actual inciting event. Now, that’s an oversimplification, and processing claims is an entirely different matter (whether the claim gets paid or not may take some time and effort on both sides), but right now we’re just interested in what the claim actually is.

Here’s where things get more complicated and can escalate to the next level. Let’s say the party who suffered the loss wants to be compensated for their damages. OK, fair enough. A claim is probably filed. Simple, right? That gets processed by the insurance provider in question (let’s go back to the simple example of you, the artist, being the insured party who caused property damage to a club on stage, and your insurance company is the one providing you with a policy with certain coverage options).

Now, for the sake of argument, let’s say the wronged party (the club’s owner) and the insurance company cannot come to an agreement. They cannot settle the claim, as it were. That’s not good. That’s when courts and lawyers may get involved, and a lawsuit may ensue. Put simply, a lawsuit arises when the two parties aren’t able to come to an amicable agreement on their own.

The ideal result, usually, is to have the claim settled before it reaches that point. As a musician, you don’t want to get dragged into a legal battle in front of a judge when you’d rather be spending time on your career. That’s why you opted for insurance in the first place.

So, let’s get the order of things straight. First, let’s assume some form of damage occurs. Maybe you injure a fan due to reckless on-stage behavior, or maybe you bust up the floorboards of the stage. Doesn’t matter. Either way, a claim is going to be filed. That’s the first step.

Next, you’d hope that the club owner and your insurance provider can settle that claim, and everyone can move on with their lives and put this in the rearview mirror. If that doesn’t happen, you might be facing phase two: lawsuit time.

The key difference here is that claims don’t involve judges, juries, courthouses, or anything like that. A judge isn’t presiding over any of the proceedings, juries aren’t making any decisions as to the merits of the case, or guilt and innocence, and typically you’re not dealing with attorneys building cases against you in open court.

It would need to get pretty bad, in most cases, to get to a courtroom trial. They carry a lot of risk, a lot of headaches and a LOT of expenses. Hourly rates for lawyers add up quickly, so if you’re in the defendant’s seat, you must have done something REALLY wrong for the club owner to shell out all those fees to see you in court.

The risk here is that a lawsuit can get thrown out, and there’s still legal fees to pay on both sides. Claims don’t come with the same risks attached. There’s no real risk in filing a claim. It might get rejected and not get paid, but those are the breaks. In certain instances, if the club owner decides to file a lawsuit against you and LOSES, then they may be responsible for certain legal fees you’ve incurred as part of the process. That doesn’t exist in the claims phase, so bringing about a lawsuit carries serious financial risks that must be taken into account.

There’s also the risk that higher courts could overturn rulings on appeal. And the risks to reputations when lawsuits are filed, and so on…the point is that lawsuits come with their own baggage that claims do not. Which is why, in a lot of cases, it’s beneficial for everyone to try their best to address and settle claims and not let things escalate if they don’t need to.

But, you’re not going to do anything that would bring about damages in the first place. Right?

You’ve heard us repeat it a million times, but to be sure, always check over your policy and ask your provider to answer any questions you may have. The best policy (no pun intended) is consult a professional whenever you’re in doubt. Stay safe out there and look for more tips in the months ahead.

In the meantime, if you’re shopping around for entertainment insurance, check out kandkinsurance.com – you may qualify to get a quote or even purchase insurance online.